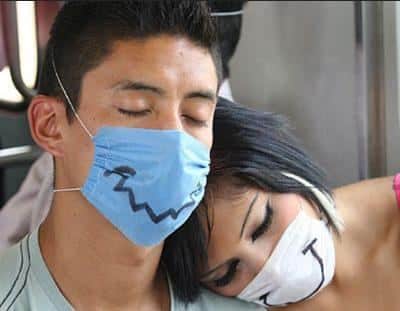 Twenty students from the Lisbon private college Salesianos have been diagnosed with H1N1 Flu (Swine Flu) in Oxford, UK.

The outbreak among the group of children from the Greater Lisbon region attending an English course in Oxford comes after the death of a six-year-old West London girl and a popular Bedfordshire doctor in the United Kingdom.

According to the Portuguese-English teacher responsible for the Portuguese group, “the situation is nothing to be alarmed about” since 15 of the students are “already on the road to recovery”.

Some students still showing symptoms have been isolated from the rest and are receiving treatment but “it was nothing to worry about”, their college teacher reported to the Portuguese news agency Lusa.

“All of the cases seem to be following a similar pattern while the rest of the 27 students not infected are attending normal college activities on the English summer school trip,” added the teacher.

The Madeira case involved a 15-year-old British citizen who was on holiday on the island with her father.

The case was confirmed by the President of the Institute for Health Administration and Social Affairs, Maurício Melim, who said that the youth, isolated at Funchal Central Hospital at the time of going to press, was “clinically fine”.

Maurício Melim said that the young person had arrived on Madeira on Friday evening and had sought health assistance on the Saturday. Samples sent for analysis to the Ricardo Jorge National Institute in Lisbon tested positive for H1N1 Flu.

On Monday, 10 new cases of swine flu were diagnosed – six were hospitalised at São João Hospital in Porto. Some of the victims had come from Palma de Majorca, others from Marbella and France.

Two further confirmed patients with swine flu arriving from the United Kingdom were hospitalised in Curry Cabral while a young girl was taken to Dona Estefânia Hospital.

Plans to start vaccinating people against swine flu next month have been shelved after the head of the World Health Organisation (WHO) said a vaccine would “not be ready”.Dr. Margaret Chan, director general for the WHO, told UK newspaper The Guardian: “There’s no vaccine. One should be available soon in August.”

So far, 17 people have died in the United Kingdom from swine flu with over 10,000 confirmed cases. In Portugal, no deaths have been registered.