Portugal Resident
Home Original ‘Swine flu is no cause for alarm’ 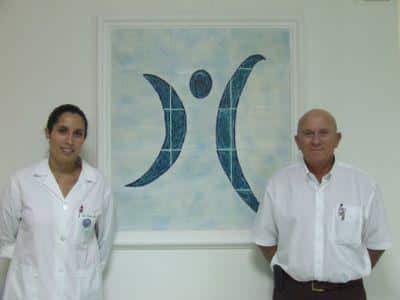 Influenza A, or swine flu, is not a cause for alarm and should be treated like any other form of flu, according to a medical expert at a seminar on the subject at the Hospital Particular do Algarve in Alvor on July 17.

Dr Rui Tomé, who along with nurse Sónia Neto addressed the seminar, said the new influenza A virus strain of the subtype H1N1 is a mutation of the seasonal flu virus and produces identical symptoms to seasonal flu such as a fever, cough, sore throat, blocked nose and muscle aches.

“In some cases, vomiting and diarrhoea has also been recorded, which is not typical of ordinary seasonal flu,” he said.

He added that there has been growing alarm surrounding the virus for a variety of reasons but that people should not be taken in by the hype.

“Although the virus has been linked to the 1918 flu pandemic, commonly known as the Spanish flu, in which millions died across the world, we must realise that things have changed a lot since then. Medicine has advanced, sanitation has improved and in 1918, many countries were emerging from the First World War,” said Dr Rui Tomé.

He added that other factors that have caused widespread alarm are economic pressure from the pharmaceutical industry, fear of absenteeism in the work place, media coverage and social uncertainties which lead people to unnecessary measures.

Swine flu is also easily spread between humans and between pigs and humans, although it cannot be transmitted via pork meat.

“The flu can be transmitted from person to person at a distance of one metre or less through coughing and sneezing or indirectly from contact with contaminated surfaces such as door handles,” said Dr Rui Tomé. “The virus can stay alive for up to eight hours on a surface that has been sneezed on or touched with infected hands.”

Despite its ease of transmission, swine flu is rarely fatal and can be treated with antiviral medication such as Tamiflu and Relenza, which are available in Portugal by prescription only in case of a confirmed case of the Influenza A H1N1 strain.

“What people don’t realise is that ordinary seasonal flu killed 1,961 people in 2008 in Portugal alone, and yet no one panicked,” he said.

According to Sónia Neto, simple measures such as washing hands regularly with soapy water or an alcohol based gel can minimise the risk of infection. She added that avoiding closed spaces where fresh air doesn’t circulate and cleaning surfaces such as door handles and work tops are good preventative measures.

“Walking around with a face mask in public is an unnecessary measure, and people should not take antiviral medication to prevent infection either,” she said.

In case of suspected infection in Portugal, people are advised to stay at home and telephone the 24 hour helpline on 808 24 24 24 where qualified nurses are on hand to give advice in English as well as Portuguese.

For more information about the H1N1 virus, please visit the World Health Organisation website, available in English, at www.who.int