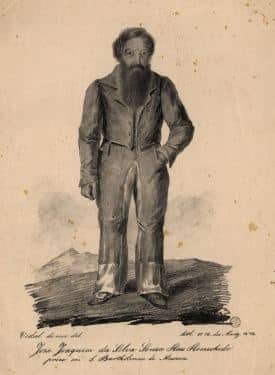 By Helga and Larry Hampton features@algarveresident.com

Helga and Larry Hampton, a German-American couple, have had a villa in the Algarve since 1972 and since 1990 have spent the majority of their time in Portugal. One of Helga’s major interests is cooking. One of Larry’s main interests is eating, and finding lovely wines to complement, Helga’s meals. In their new monthly column, the couple share their passion for good food and wine with our readers.

On March 20, at precisely 23:21 in the evening, we in the Algarve will experience the spring, or Vernal, Equinox.

The term “equinox” comes from the Latin words meaning “equal night” and it marks the precise time when day and night are of equal length around the globe.

As if to reinforce this cultural and traditional signal of rebirth, we will do the very secular and practical changing of our clocks an hour forward on the first weekend following the equinox – at 2am on Sunday, March 27.

For us in the Algarve, spring is one of the most delightful periods of the year. The days are warming up, often reaching the mid-20s, spring flowers abound and, even though preferred lies are still in effect, the fairways are becoming firm enough to turn any mediocre drive into a good one with lots of roll.

In the Hampton household, spring and warm weather means it is time to get out the grill. It also signals the availability of one of Portugal’s tastiest dishes – spring lamb.

Our supermarkets these days offer lamb virtually year round and from many different countries, but nothing quite matches the rather delicate, juicy, tender, sweet spring lamb from Portugal.

I like this way of preparing the very popular dish because the work is mainly done by others, but none-the-less the result is an unfailingly succulent, aromatic and cooked a point meat, AND your work is done the day before your dinner party.

All you need is a willing master-butcher, a cooperative grillmeister and a fresh Algarvean leg of spring lamb.

• A small glass of white wine

• A handful of garlic cloves

Ask your butcher to take the bone out (“tire o osso, s.f.f.”) and to flatten the meat without cutting it into slices. If you have cultivated your butcher, he will also cut out the fatty and the sinewy bits and you’ll be left with ca. 1.5 kg of meat in one chunk. Take the bone for the dog – you will have paid for it!

If you are fussy, when you get home you can still snip off some loose ends here and there, which can be frozen and kept for the next shepherd’s pie.

Fit the meat flatly into a receptacle in which it will marinate overnight (photo 1). Pour the wine that you have mixed with the vinegar over the meat, squeeze the garlic all over and drench well with olive oil. Turn the meat once so that the marinade reaches all parts and cover it with fresh sprigs of rosemary, which you have rubbed in your palms to release the aroma.

Cover the dish with a tea towel and put in the bottom of your fridge overnight. This is a simple marinade, but believe me, it will beautifully enhance without overpowering the flavour of the meat. I do not salt and pepper at this stage; I leave that to everybody once the meat is grilled and served.

Having worked her magic with the preparation of the lamb, Helga turns the meat over to Larry, the in-house grillmeister. We know that some people don’t like to use charcoal, preferring a gas grill. We are old fashioned, however, and have been using charcoal for a very long time. So far, we have shown absolutely no ill effects, so we think we will just keep on.

By the way, the production of charcoal (carvão de lenha) is an important artisanal industry in Portugal and the lump product here (not the briquets) ranks among the best in the world.

Actually, the key element in this grill job comes after the meat has been placed on the fire. Right at the beginning of the process, you should put a number of rosemary sprigs on the coals beneath the meat. This must be freshly cut because the green rosemary will smoke and add tremendous flavour to the meat (photo 2).

When the meat is turned, put on some more rosemary. Close the grill during the cooking, being sure to keep air vented through the grill, so the meat will get well smoked, as well as cooked, top and bottom.

Actually, if you don’t have rosemary in your garden, you can use many different kinds of green, woody bits – preferably from either fruit trees or from herb bushes – and it is interesting to experiment. In the States, it is common to use dogwood branches or hickory chips, but sadly they are unavailable here.

Because the lamb will be of varying thickness, you will find that you are producing pink, medium and well cooked pieces all at the same time. With a good, hot fire and the top on the grill, the cooking should not take more than 20 minutes (photo 3).

All spring vegetables will go well as an accompaniment. Prepare a potato au gratin or just serve some of the lovely new potatoes boiled and drenched in parsley butter.

Helga likes serving a fresh salad of blanched, young green beans on a bed of lettuce vinaigrette. Easy-peasy! However, please don’t serve mint sauce – it just doesn’t go with the wine at all!

Next month: In the April 15 issue of the Algarve Resident, we will be presenting a delicious, seasonal and very Portuguese Easter meal.

Cabernet Sauvignon is a very popular and widely used grape varietal. Portuguese winemakers usually use it as an important element in a blend (often with Merlot or Castelão), but with our spring lamb we prefer our Cabernet Sauvignon straight, as a single varietal.

There are not too many of these on the Portuguese market but we have found two that we like very much. Surprisingly, neither comes from any of Portugal’s better known producing areas.

Fiuza and Bright is a fine winemaker near Santarém in the Ribatejo that was created in 1985 when Peter Bright, a well-known Australian oenologist, joined forces with the Fiuza family.

Peter brought his vast experience with well-known international varietals and a range of excellent monocastas, including their lovely Cabernet  Sauvignon, were born.

This wine is kept eight months in oak barrels and three more months in the bottle before its release. About 100,000 bottles are produced. It is on sale in the Algarve for € 6.99.

The other Cabernet Sauvignon that we like is from the Quinta de Chocapalha, located just northeast of Lisbon in Alenquer in the Estremadura region.

Alice and Paulo Tavares da Silva took over the property 25 years ago and, together with their winemaker daughter Sandra, produce about 130,000 bottles.

Both wines are a deep, ruby red, have a good, fragrant nose and deliver 14% alcohol. Either will complement your lamb beautifully and leave your guests enchanted.
3″>features