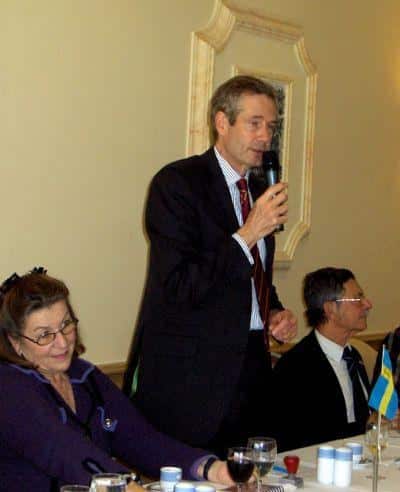 The new Swedish Ambassador to Portugal, Bengt Lundborg, gave a talk to Nordic business people and investors at a meeting co-ordinated by Swedish resident Jack Soifer in Albufeira on February 5.

During the talk, which was attended by 76 people, Bengt Lundborg said that in 2008 Sweden exported 600 million euros to Portugal and imported 400 million euros from the country.

Among the items exported from Portugal were car-parts, cork, textiles and wines. He added that lower sales of car-parts in 2009 will be compensated by more in cork and machines.

According to Bengt Lundborg, Sweden has gone through a major economic restructure and balance of public debts, which takes it out of the crisis already in 2009.

From July, Sweden will host the presidency of the council of the European Union and aims to focus on the environment, energy and police-cooperation between member states.