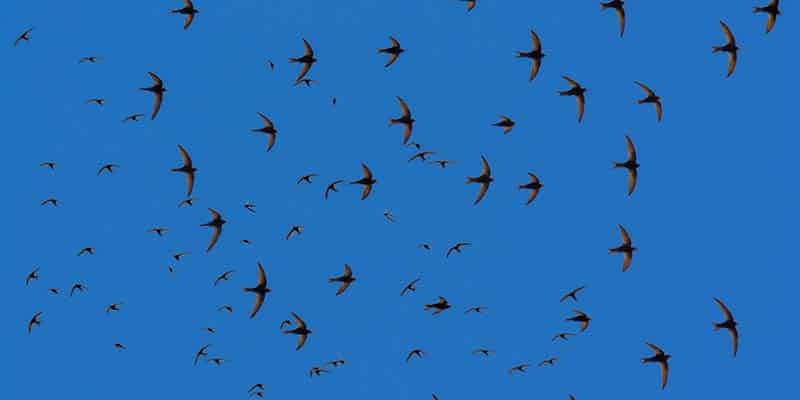 Most locations in the Algarve have fast-flying, crazy swooping birds and many of them build nests on the outside of buildings and other structures. I am often asked, are they swallows or swifts? Often, they are something entirely different – house martins. This month, I will explain the simple differences to help identify these aerial delights.

Although their lifestyles are similar, swallows and martins belong to a different family, Hirundinidae, whereas the swift belongs to the family of Apodidae. Here in Portugal, it’s not as simple as stating swallow, swift or martin as we have different species of each.

Swallows are easily identified by a long-forked tail, obvious in flight looking almost like streamers. There are two species found in Portugal. The barn swallow is the most common, recognised by its shiny dark blue feathers on their back, rusty coloured chin and white underbelly. They begin to arrive at the start of February and leave by September. Their cup-shaped nests are built inside barns, open outbuildings and ruins.

The other species is the slightly larger red-rumped swallow, which is a late returner appearing in late spring/early summer and leaving later in the autumn. As the name suggests, they have a rusty coloured rump which is difficult to observe in flight, however, the underneath is the clue as the red-rumped swallow is pale from chest through to the chin. The nests are slightly different in that they are enclosed with a tunnel entrance.

There are three species of martin found in the Algarve, with the house martin being the commonly spotted. Identification is simple; it does not have the long, forked tail of the swallows or the long wings of the swifts. The house martin can be spotted building its mud nests on any man-made structure where it can find space in early spring. A shiny blue back and cap and being totally white underneath is how they are identified.

They are often seen mixed with swallows in flight. As the name suggests, the sand martin builds its nest colonies in sand banks and is easily separated from the house martin as it is not only the smallest of Hirundinidae, but it also has a dark brown back.

The third species of Martin is the only Hirundinidae or Apodidae that is resident all year in the Algarve, the crag martin. This is very similar in appearance to the sand martin, however, when the tail feathers are spread in flight, the obvious white patches give it away. As the name suggests, the crag martin nests on rock faces along the coast and inland.

Swifts are very easily identified by their long boomerang-shaped wings. You will hear their loud screaming calls and watch their fast, acrobatic flight. Apart from breeding, they spend their entire life in the air. The common swift, as expected, is the most seen of the four species and is almost entirely dark brown except for a pale chin patch.

The pallid swift is very similar to the common swift and breeds along the coast. Getting a close look is difficult in flight, but they are a slightly lighter brown colour with a much paler chin patch and a scalier-looking chest. I have observed both common and pallid swifts together.

The alpine swift is the largest of swifts and is easily recognisable by a very pale underbelly and chin separated by a dark brown chin strap.

The last of the swift species is the small white-rumped swift. They are a much rarer sight in Portugal with a pale white rump and chin patch along with a large forked tail.

Craig Rogers, a Wildlife and Nature photographer from Wales now living in the Algarve offering Photography Workshops. More information, photographs and blog can be found on his website at
www.craigrogers.photography 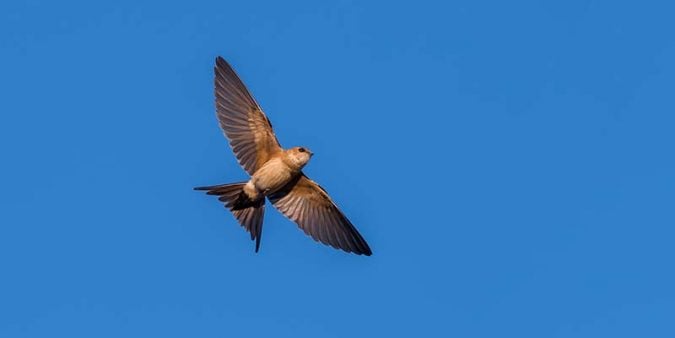 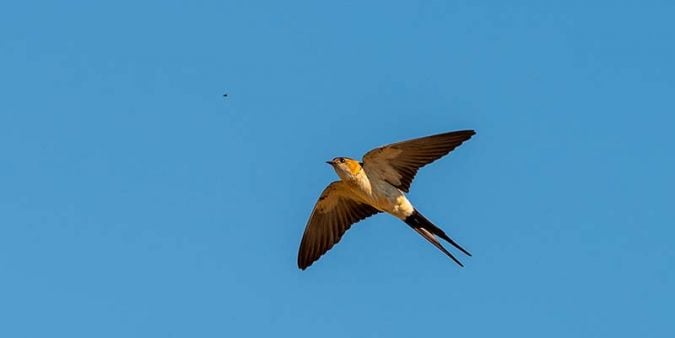 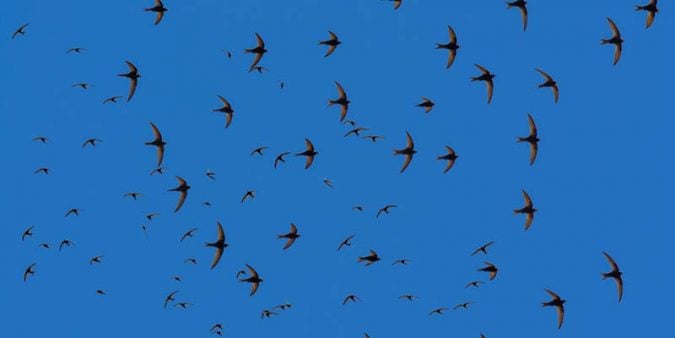