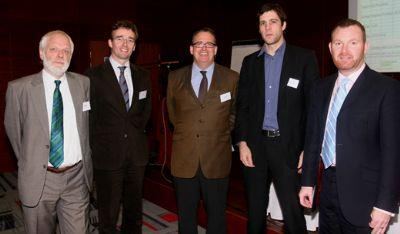 A seminar on how the tourism industry in Portugal and the United Kingdom was addressing the impact the sector was having on the environment was held in Lisbon last Friday.

Organised by the British Embassy Lisbon’s UK Trade & Investment department, it reinforced the idea that sustainable tourism had to be an ethos that underpinned all activities in the sector.

“Tourism is a flexible industry, people are adaptable and sustainable tourism will remain a relevant, fundamental concept,” he said.

Alex Ellis warned that Portugal had a 50/50 chance of turning into a South Moroccan desert because of a five per cent temperature rise over the next 100 years. “We have to act now,” he said, although admitting that attitudes were changing.

Bernard Donoghue of Visit Britain explained how Portugal was one of their most important developing markets in terms of tourists visiting Britain and outlined what that country was doing to promote itself as a sustainable tourist destination.

Andrew Coutts (ILM Partners) outlined the success of Europe’s first genuinely low carbon resort, Corte Velho in the Algarve, which he referred to as “one of our most interesting projects”. Part of the Six Senses Hotels & Spas Resort Group, Corte Velho employs a holistic philosophy in harmony with nature.

John Elliot, from Eureka Heat Recovery Systems in the UK, gave an overview of energy efficient heating and explained how waste heat could be turned into profit. He also said the company was expanding its attentions into the Iberian market, starting with hotels in Portugal.

Jes Mainwaring of Coolhouse: Cooling without Carbon described how the AlmaVerde development in the Algarve reduced its carbon footprint emissions by 50 per cent.

Ed Baker from Broadway Malyan discussed the Herdade das Alcarias project in the Alentejo, where a sustainable strategy had been developed including water management and preservation of the landscape.