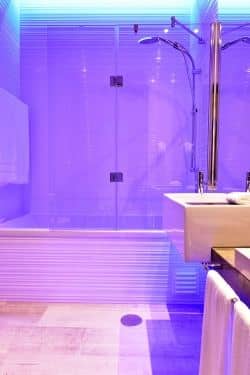 Hurricane Sandy has left 126 people dead in countries from the Caribbean up to the east coast of the United States.

Causing mass destruction and devastating lives, super-storm Sandy, which struck on Thursday October 25 and proceeded with full force for five days, has destroyed and flooded the homes of millions.

The super-storm lashed through countries with torrential rain and extreme winds, leaving hospitals, commerce and industry at a standstill. Free movement of vehicles was suspended as roads and bridges were closed as a result of severe damage caused by the weather.

Thousands of people are now being cared for at shelters across the affected areas.

The greatest number of deaths (52) has been registered in Haiti, which was not in the direct path of the hurricane. However the area was hit by extreme flooding.

On Wednesday (when the Algarve Resident went to press) the death tolls stood at 48 in America, 11 in Cuba, two in the Bahamas, two in Puerto Rico, two in Dominican Republic, one in Canada and one in Jamaica.

United States President Obama has called the storm “heartbreaking for the nation” and warned of the continuing risks of flooding and power lines which have been brought down.