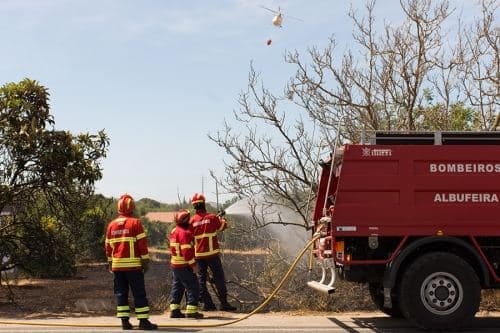 I am writing this story in the hope that when people find their car tyre punctured at a supermarket store carpark, they should not change their wheel, but call the local garage, a friend and the police.

Last Tuesday July 17 at 1pm I was shopping at the Intermarché store located between Carvoeiro and Lagoa.

When I returned to my car at 1.30pm I found my right hand side rear tyre flat. I placed my groceries and a separate bag containing phone (Nokia 6300), camera (Canon SX200is), sunglasses plus €37 behind the back seat as I checked for my spare wheel and the possibility of changing same.

Having completed the transaction I returned to the driver’s side of the car and was shocked to find that my valuables had been stolen. At the time, the car park was very busy with more than 70 vehicles present.

I returned to Intermarché and complained about the incident. They said that they had security present and no such incident had ever happened before.

I brought the tyre to the local garage to be repaired; I tried to pump air into the tyre but with no success – a sharp instrument had damaged the sidewall.

I had been setup by a would be thief who watched me enter the store, deflated my tyre and robbed the contents of the car.

I went to the police in Carvoeiro who were very helpful; they indicated that they had never heard of such an incident and that my case was the first.

I returned to Intermarché on the 21st  to check about security cameras. Intermarché confirmed they were not in operation and another similar incident had happened since Tuesday.

I would ask your newspaper to make readers aware of this incident.