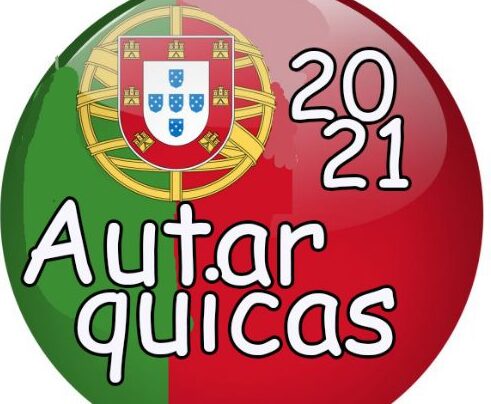 There are expected to be a few wobbles along the way, but essentially status quo is unlikely to be dented in any serious form.

Political leaders spent last weekend visiting as many locations as their time allowed, all of them doing their best for their different causes.

António Costa, leader of the PS Socialists, has been under a lot of criticism for allegedly using the billions of euros arriving from Brussels as an electioneering tactic.

There has even been the ‘feeling’ transmitted that Socialist municipalities will be the ones most likely and/or rapidly to benefit from the EU ‘bazooka’ for post-pandemic recovery.

All this is ‘false’/ misguided, but facts don’t often get in the way of electioneering.

PS Socialists enjoyed a major victory last time round (in 2017) – ‘painting the country red’. PSD centre right activists are hoping they can win some municipalities back this year – even if through teaming up with coalitions. There is the added ‘spice’ in that PSD political leader Rui Rio is expected to (have to) stand down if the party doesn’t pull some positive surprises out of the hat.

Right-wing Chega – really only brought to life by its leader André Ventura – has done its best to present itself as a ‘real threat’ to local power (particularly in the Alentejo). But anyone who has been watching television bulletins will see the election ‘rallies’ have mustered surprisingly few supporters.

Bloco de Esquerda, CDU (PCP) communists, CDS-PP, Iniciativa Liberal are all hoping for ‘gains’ while a number of other civic groups are in this fight – with their own particular local agendas.

For anyone with a ‘cartão de eleitor’, voting begins on Sunday morning at 8am (every local council will carry details of where to find polling stations – which are generally in local Juntas de Freguesias and schools).

Due to the pandemic, voters are asked to arrive equipped with their own pens this time – as well as wearing masks.

Expresso explains that the driving issues in Portugal’s principal metropolitan areas are corruption, habitation and taxes. But different areas will have their own very particular ‘beefs’ and issues – and in some this has split even PS Socialists, with splinter movements offering ‘change’ from what their members called ‘the same old, same old…’

In other words, little is expected to change in the bigger picture, but there could well be a few mini-quakes in the more rural settings.

Voting closes on Sunday at 8pm, by which time evening news bulletins are expected to be carrying close ‘guesstimates’ of the final results.

This time round 12,711 EU nationals are eligible to vote, along with 15,175 foreign residents.