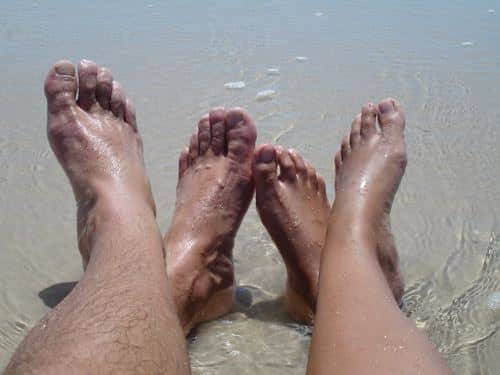 Less than two weeks after it officially begun and summer has well and truly arrived.
Temperatures this week have slowly crept up and we’re due for as many as 40ºC in a number of areas in the country this weekend as IPMA (the Portuguese institute of sea and atmosphere) places five districts on orange alert until Saturday evening.
Lisbon, Setúbal, Évora, Beja and Leiria are all due for major heatwaves, while high temperatures are also reported in the Algarve and almost everywhere else on the continent.
The archipelagos of Madeira and Azores are escaping the stultifying heat, with the latter braced for periods of rain and dense cloud.