Over 163 flights were cancelled in and out of Lisbon airport over last weekend and the course of Monday and Tuesday – leaving thousands of passengers in the lurch.

The majority of flights were the responsibility of TAP – the country’s flagship carrier currently benefitting from a State ‘handout’ of €3.2 billion (which critics have said is completely undeserved as well as unwarranted).

In the face of the global crisis within the airline industry as a whole, the least passengers in Lisbon could have hoped for was kindness, professionalism – calm reassurance. It is the absolute opposite of what they got.

“I have been flying with TAP back and forth from Lisbon to Munich for over 10 years”, Julia B. told us. “I never imagined the way we were treated could be possible (…) Everyone from TAP was just running away as soon as they saw people, or telling them they couldn’t do anything…If they cannot handle cancellations and rebookings, they shouldn’t be operating at all”. 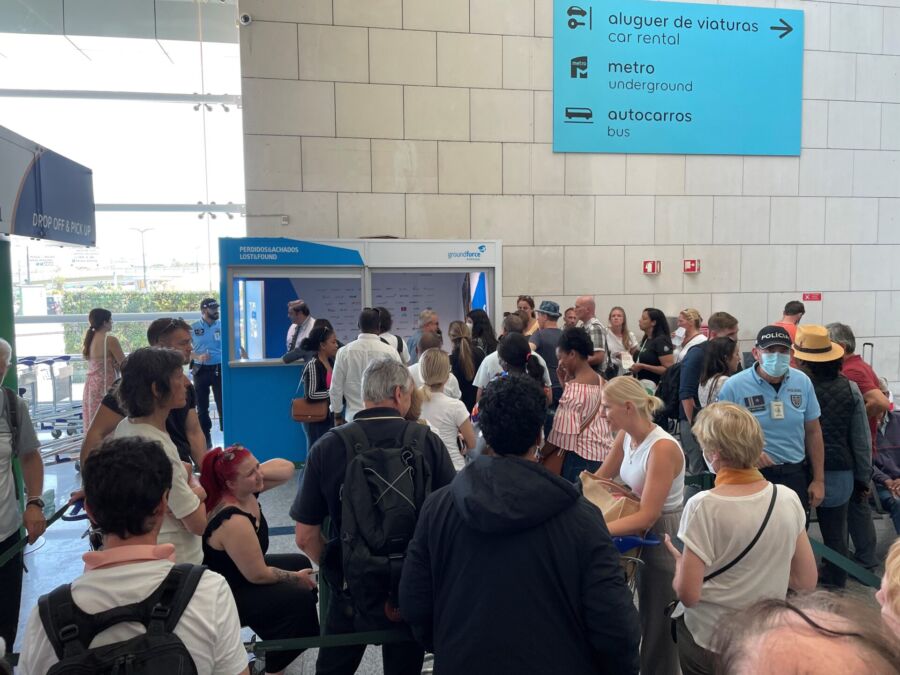 Julia B’s dismal experience on discovering that her flight to Munich last night had been cancelled at the last minute can be read on our website, under the headline: “TAP passenger describes nightmare weekend”. Suffice it to say, she and her partner spent over 20 miserable hours ‘in the dark’, seemingly fed lies and obfuscation – and when they eventually did reach Munich (almost 48 hours later), it was minus all their luggage.

Yes, she admitted that TAP was “not offering the excellent service that we planned”, but she went on to seemingly blame it on the “crisis that air transport is going through”.

“For all this we offer you our most sincere apologies”.

Ms Ourmières-Widener was clearly under the impression that passengers in Lisbon still received “the best possible service” from TAP.

She extolled the “commitment and effort” of TAP teams, saying “this weekend was not easy for TAP due to various constraints (…) The last two years have been difficult for all of us, especially for the commercial aviation sector, extremely penalized due to the pandemic” (…) “There is nothing we all want more than taking Portugal to the world and bringing the world to Portugal this summer. This is our reason for existing and it is to fulfill this objective that we have all been working in recent months”.

The letter went on with assertions: “We guarantee that TAP and all our teams are committed, at this moment, to minimizing as much as possible any inconvenience that may arise during your journey with us, hoping to have a more robust, functional and articulated air transport in the summer of 2023” – referring to the fact that “the most recent forecasts” do not see the crisis in air transport improving “in the coming weeks”.

Then came the jaunty: “On behalf of all our employees, I hope you feel very welcome on board after this long break in air travel, which we have been looking forward to.

“We thank you, as always, for your loyalty and we hope to count on your understanding if your trip has not yet met your expectations.

“We are doing our best to provide you with the quality, punctuality, and confidence you can expect and surely deserve from TAP Air Portugal as soon as possible. “Hope to see you aboard soon!

Comments on TAP’s Twitter feed did not hold back:

“@tapairportugal lost my luggage and never send-me an e-mail, a call phone, NOTHING! Its just like im NOT exist on earth to @tapairportugal! Wheres my lugagge TAP? My best clothes its lost, my national official Championship 2021 T-Shirt lost too? @tapairportugal where my luggage??”

“It took you 84+h to draft this message? @OurmieresChris this issue started Thu 30 Jun and only today we get this message? I hope you had a great weekend off while you workers did 12h + shifts and your clients lived in the mud”

“Unfortunately the company is terrible and they don’t respect their customers. In Brazil the service is humiliating and you have to beg to add hold luggage and they still don’t respond”

“@tapairportugal needs to go. What a tone deaf statement to make. This is not an “inconvenience”…this is thousands of people still in crisis and stranded despite your “ongoing efforts” & “commitment to service”. There is still time to make this right. COMMUNICATE WITH US. HELP US”

“Dear Christine, I found a typo in your letter: where you wrote “this weekend” you wanted to say “this past years”. Best regards and I also hope to see myself on board.”

And last but not least, from “Customers Wronged by TAP Air Portugal”:

“Absolutely laughable! @tapairportugal is doing far worse than all other airlines in the world. They are a disgrace and their CEO is a disgrace.” 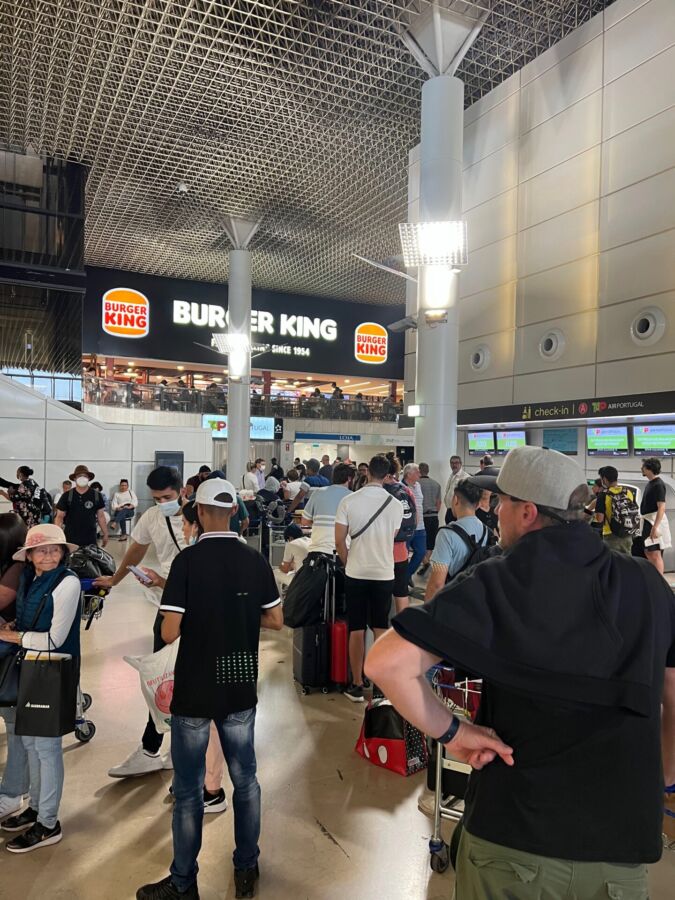 Consumers association DECO in the meantime has said it received “dozens of complaints” from passengers over the weekend and is very concerned that “passengers are having difficulty in exercising their own rights”.

In a letter sent to the Ministry of Infrastructures and Housing as well as civil aviation authority ANAC, DECO stressed contingency mechanisms must be put in place to ensure passengers receive financial compensation AND hotel accommodation in the event that they are left waiting days (as has been the case) for alternative flights.

Edson Cipriano is one of the many thousands of TAP passengers who has recently been through hell in Lisbon airport. He has written an Open Letter to TAP’s CEO, and tells us he has instructed lawyers in Brazil and is in the process of opening a judicial procedure over the way he and his group of 11 colleagues were treated last Tuesday (ie even BEFORE the nightmare weekend of cancellations…)

Mr Cipriano’s letter is also on our website – under the headline: “Business Class passenger opens judicial proceedings against TAP”. In it, he explains: “I have already visited 62 countries; I have 52 trips in China; 100 trips in Germany and another hundred in North America; I am not a first-timer. I fully understand that problems and unforeseen events can happen in aviation. I have seen a lot of bad things, but nothing as bizarre as the treatment that TAP has given to its customers…”

The worst of Mr Cipriano’s experience appears to be what he believes to have been real discrimination against both Brazilians, and particularly Brazilians who complain.

“TAP employees clearly did not like our complaint. They do not accept complaints, and started to treat us very badly…”

Mr Cipriano tells us he has a film of the way he and his group of business colleagues were treated, and that this will be used in the legal case he is pursuing.

Whatever comes of it – and whether or not Mr Cipriano receives a personal reply from Mrs Ourmières-Widener, this has been a terrible week for an airline which is deemed so vital for the projection of Portugal’s image abroad.