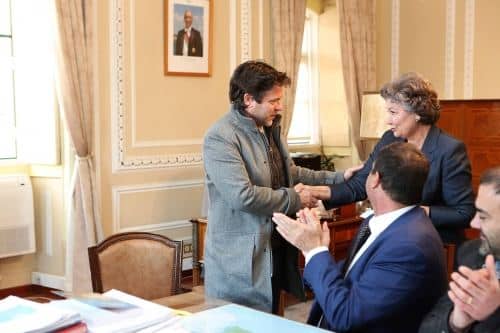 It may be months away but already festival goers are able to start to plan their summer schedule with big name acts for all the principal festivals in Portugal already being announced.

Festival favourites Coldplay have been confirmed as one of the headline acts for the Optimus Alive! festival taking place between July 6 and 9 at Oeiras, near Lisbon, with the British band being joined by a range of acts including 80s sensations Blondie, NME award darlings My Chemical Romance and US rockers Thirty Seconds To Mars.

Later in July Brit award winners Arcade Fire and Sheffield band the Arctic Monkeys will be taking to the stage as part of the Superbock Super Rock festival held near Sesimbra between July 14 and 16.

Meanwhile, a little closer to home, the Sudoeste Festival held at Zambujeira do Mar between August 3 and 7 already has the Scissor Sisters confirmed and Irish band The Script while the announcement that controversial British singer Amy Winehouse is to take to the stage is sure to cause a stir one way or the other.

For further information about the festivals or to buy tickets, please visit www.ticketline.pt