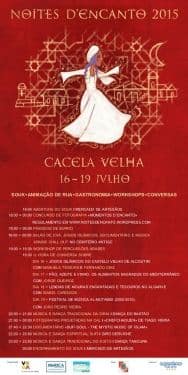 Algarve summer festivals, which generate substantial income from thousands of residents and tourists alike, are managing to cope with the constraints of the financial crisis.

Fatacil in Lagoa, the largest fair in southern Portugal, proved as successful as in 2011 with around 120,000 visitors during the ten-day event in August.

João Ramos, Director of Fatasul, the organisers, told the Algarve Resident: “The attendance was very positive and reached all our main objectives, particularly in terms of improving quality of exhibition sectors, such as catering, displaying the traditional products of the Algarve, craftwork and the business industry.”

He added: “The animation, especially the equestrian show exceeded all expectations with a very strong appeal to the public and it sold out every day.”

Algarve Resident readers, Pauline and Richard Thurman were among the lucky winners of tickets to Fatacil 2012 and they spoke very highly of the event.

Pauline said: “We thought the show was much improved and we had a thoroughly enjoyable time. Eating facilities located in various places instead of being concentrated in one site meant that there was never a bulk of people in one place.

“A special bonus for us was a disabled facility for the car just outside the entrance. The Council should be commended for this,” she concluded.

In Silves, the Medieval Fair, one of the most colourful festivals in the region introduced paid admission for the first time this year.

This reduced attendance numbers, but the municipality said the results were still very positive, with 87,000 recorded visitors.

Organisers of the Sardine Festival in Portimão, decided to reduce the number of opening days from 11 to nine. This resulted in a decrease in visitors from 40,000 to 35,000, compared to last year; however, the festival was marked by a record number of 162 exhibitors which doubled the figure for 2011.

Over three and a half tons of sardines, all caught in Algarve waters, were bought and eaten during the nine-day festival. In addition to the revenue brought in by the grilled sardines, other forms of entertainment such as craft stalls and animation outlets encouraged further spending.

The duration of the Seafood Festival in Olhão was also shortened from six to five days.

This year, 40,000 visitors attended the event, representing a 20% decrease on last year.

However, organisers, Fesnima, said that despite the crisis the results were “very positive.”

“Every night the area was filled by thousands of people, who all appreciated the excellent seafood and shellfish served there, plus the good music and entertainment. The festival ended on a successful note and the outside location served as a great place for socialising during the hot summer nights,” they concluded.
1″>news