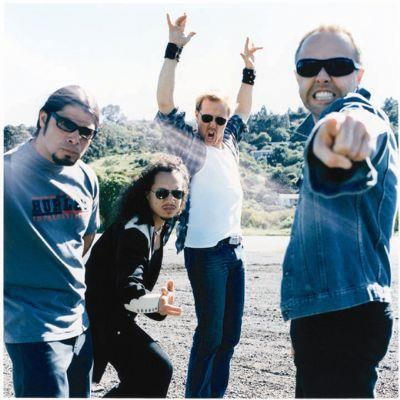 As the weather warms up, music lovers start to think of the upcoming festivals this summer and, as usual, some of the biggest names in music will be coming to Portugal.

The three biggest festivals of the year are Optimus Alive between July 9 and July 11, Superbock Superrock on July 11 and July 18 and the Sudoeste TMN festival between August 5 and 9.

Each festival has a distinctly different feel and there should be something for everyone in the line ups, which have been announced although they are far from complete yet.

So dig out your tent, camping stove and sleeping bag, not to mention plenty of toilet roll, and pick your favourite annual festival to visit. They may not be Glastonbury, but there is a lot to be said for not needing to wade through the fields of mud to see your favourite band live this summer!

Headliners Metallica on July 9 at the Optimus Alive festival are sure to draw huge crowds on a day when the line up caters to fans of heavier rock music. The masked faces of Slipknot and frenzied performances of Machine Head and Lamb of God are certain to please even the most discerning rock fans.

Where is the love?

American pop, soul, rap, hip hop outfit, The Black Eyed Peas are set to bring their unique style and sense of humour to the stage when they hit our shores on July 11 at Optimus Alive.

Fans can look forward to renditions of some of their best known songs including Where is the Love? Humps and Hey Mama as the quartet pump it live in Portugal.

Begging you for mercy

Multi award winning Welsh singer Duffy will no doubt draw huge crowds when she performs at the Superbock Superrock festival in Lisbon on July 18.

After taking home a raft of prizes from the recent Brit Awards, fans will be able to see the singer, often compared to Dusty Springfield, singing the anthem of 2008, Mercy.

Controversial singer Lily Allen will be singing some of her newly released material as well as some of her more well known songs from her previous smash hit album Alright, Still at the Sudoeste TMN festival on August 9.

Meanwhile Scottish folk rock singer Amy Macdonald will be hoping to impress the crowds on the same day with her mellow songs taken from the best selling album This is the Life.

July 10- Placebo, The Ting Tings, Late of the Pier, Hadouken! The Gaslight Anthem

Tickets to the festival, to be held at Passeio Marítimo de Algés, Oeiras, cost 50 euros for a day pass and 90 euros for a three day pass. For further information about Optimus Alive please visit www.optimusalive.com

Tickets cost 40 euros for either Lisbon or Porto.

Tickets for the festival, to be held at Herdade Casa Branca, Zambujeira do Mar, cost 40 euros for a day pass or 80 euros for a four day pass. For further information please visit www.sudoestetmn.com