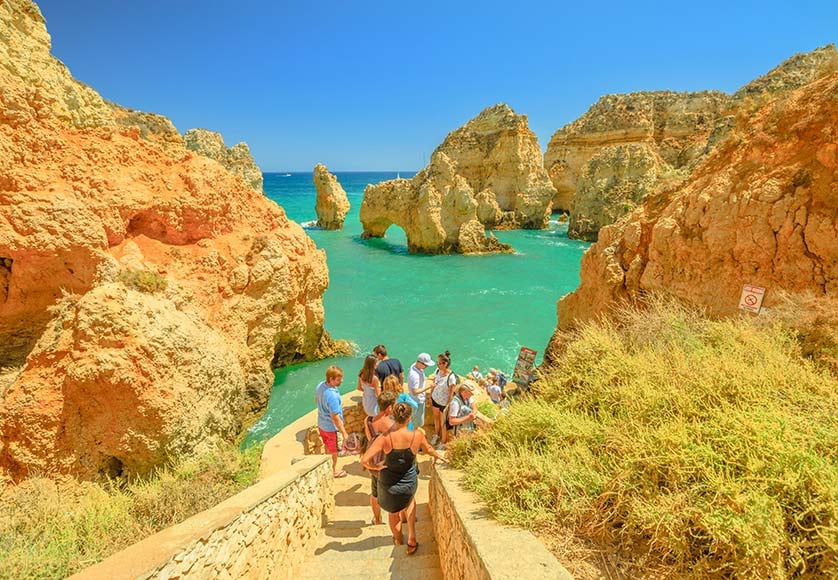 Hoteliers celebrate “excellent results” but warn of dark clouds ahead

There is much to celebrate about this summer in the Algarve. Hotel bookings in July and August surpassed those of 2019, the country’s record-breaking tourism year – a remarkable return to form for tourism after the pandemic brought the sector to a halt for nearly two years. But hoteliers in the Algarve warn that the summer’s achievements may be “cancelled out by the hard times that are just around the corner”.

Hélder Martins, president of the Algarve hoteliers association (AHETA), is calling for the government to implement urgent measures to help hotels and tourism companies brave the approaching storm.

“We had excellent results this summer. Occupancy numbers were very good as we surpassed those of 2019,” he told the Resident, warning, however, that rising energy costs may erase any gains that hotels and other tourist establishments may have been hoping for.

Some hotels are seeing their energy bills more than double – increases which the hotelier boss warns could force some businesses to “close down for good”.

According to Martins, the government should reduce IRC (Corporate Income Tax), which all companies earning income in Portugal are subject to. This would at least provide some financial relief for companies struggling to make ends meet, said Hélder Martins.

“Companies are currently being strangled by taxes,” the AHETA president added.

AHRESP (Portugal’s Association of Hotels and Restaurants) has also called for “urgent measures” to help the sector, stressing that some companies have still not been able to recover from the impact that Covid-19 had on their treasuries.

In a statement to the press, the association warned that the increase of gas and electricity bills is “putting at risk the sustainability of several businesses and their employees.

“Despite the high demand that the sector has been attracting during the traditional high season of summer, the reality is that companies still have not been able to recover their treasuries which were depleted by two years of a pandemic, made even worse by the current inflation conjuncture,” the association said.

It adds that the “excessive increases of production costs, energy and raw materials (especially food), as well as the evolution of interest rates,” leave companies with no room to breathe, so much so that their very survival is in question.

AHRESP predicts that the situation could worsen by October.

Although far from confirming a reduction of the IRC, Portugal’s Economy Minister António Costa Silva signalled that it could be on the cards.

“I believe we are on the way to a transversal reduction (of the IRC tax) which will be an extremely important signal for the whole industry,” the minister said this week.

However, the idea is far from consensual.

Secretary of State for Tax Affairs, Mendonça Mendes, has declared that Portugal is in “no condition for tax shocks”, and thus must continue to be “selective” in the way that it “guides its tax policies”.

Prime Minister António Costa has remained mum about his views on the topic, leaving companies unsure whether any tax relief will be coming their way.

What seems certain is that without appropriate support from the government, many businesses in the Algarve (and across the country) will not survive.

“The government has to look at the situation with a broader view. A subsidy here or there will not be enough to help us,” lamented Hélder Martins, warning that the tourism sector continues to face several threats, from the energy crisis and the country’s ongoing drought.

“There is one which is particularly urgent, which is the sector’s shortage of workers. We are already working on this; meetings are being held and efforts are being made to bring workers from other countries to Portugal,” said Martins.

“But there are issues with this strategy which remain. These people need a place to live, and there is simply not enough affordable accommodation in the Algarve,” he said, adding that hotels and tourist establishments cannot afford to cover their rents.

Despite the difficulties the sector is facing, the Algarve Tourism Association (ATA) remains fully committed to ensuring that the region’s name remains at the forefront of Europe’s top destinations to visit in 2023.

ATA will participate in 12 promotional events (11 abroad) until the end of the year, with the goal of attracting foreign holidaymakers and golfers to the Algarve.

Meanwhile, the association’s promotional campaigns are focusing mostly on resuming the air links to the Algarve which were suspended during the pandemic, as well as attracting new routes.

Since the start of the year, around 70 marketing campaigns have been launched. ATA is hoping to reach 100 joint campaigns by the end of 2023.

July saw a record number of Americans visiting Portugal – around 183,000, surpassing the previous record which had been set in June.

The news has been celebrated by AHETA’s Hélder Martins, who acknowledges, however, that more flights to the Algarve are needed to make it easier for these holidaymakers to make their way to the region.

“It’s not good to have holidaymakers who have travelled from so far waiting for hours and hours to board a plane to Faro,” said Martins, adding that the national flagship carrier TAP should invest in more air links between Lisbon and Faro.

“It’s a shame that the airline which we all pay to support continues to act as if the Algarve does not exist,” lamented Martins.