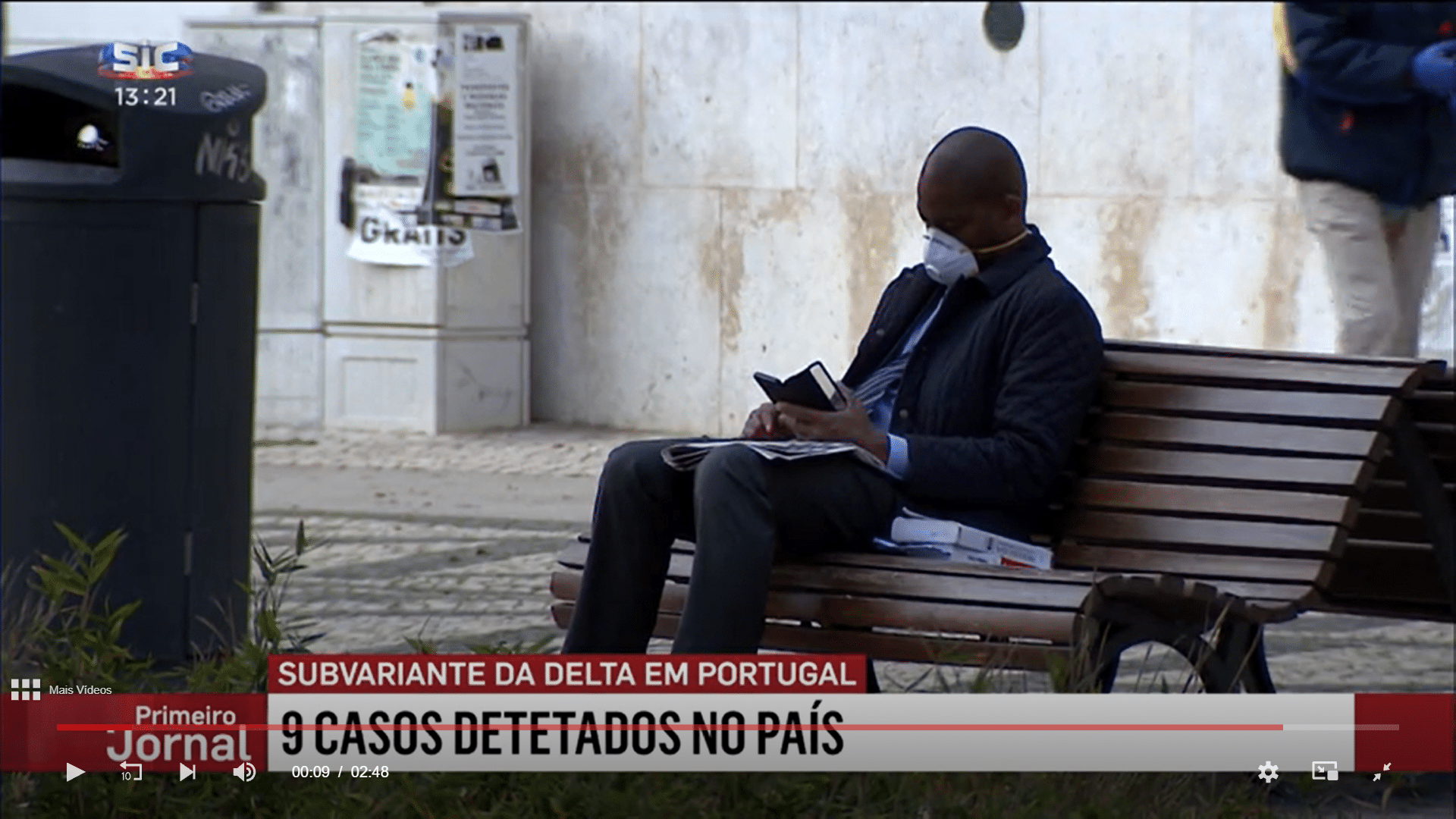 A subvariant of the Delta mutation of SARS-CoV-2 has been identified in various European countries, including Portugal, but it’s too soon to tell if it is more transmissible and/ or more serious than its namesake which has already spread throughout the world.

Scientists in Israel were the first to detect the slight mutation – in a child travelling into the country from Europe – and it is now being studied in laboratories throughout the world.

Here, João Paulo Gomes of the Institute Dr Ricardo Jorge (INSA) admits it may be found that the subvariant has the capacity to evade vaccine-conferred immunity; it may be more transmissible – but this is all dependent on further investigation.

For now, experts seem to be happier to suggest the new discovery is ‘no cause for alarm’, and that the vaccines will still be ‘efficacious’ against it.

It could be that the subvariant gets its own name (if it is eventually deemed a ‘variant of concern’), but it could just as easily be ‘discounted’ as being simply a fairly typical mutation, carrying no extra risks to public health, said João Paulo Gomes.

The symptoms of people infected with this new subvariant are similar, if not exactly the same as those infected by the Delta.

The first of the nine cases detected on national territory appeared towards the end of August; the last was logged on October 4 (meaning there could well be more cases circulating that haven’t yet been counted).

News of the subvariant comes at a moment when cases across Europe appear to be on the rise.

In the United Kingdom, where roughly 67% of the population has been fully vaccinated – and where the over-50s are already being encouraged to book their 3rd booster shots without waiting to be contacted by the national health service – the number of new cases – indeed the death toll – has increased to the point that politicians are discussing the reintroduction of preventative measures.

Mask wearing, for example, in the UK has in many case ‘gone by the board’. Experts are concerned that people are relaxing too quickly when the SARS-CoV-2 virus shows no signs of going away.

Another concern is that the spike in new infections and Covid deaths in the UK could have something to do with the fact that the vaccine rollout in that country began earlier than it did in Europe (click here).

Some specialists warn the experience of the United Kingdom now could be a taste of what Europe can expect this winter.

As João Paulo Gomes told SIC, there is a lot of uncertainty: the picture will only come clear once the cold weather kicks in and autumn advances.

Certainly in terms of ‘numbers’ Portugal is in a ‘good place’ at the moment: numbers in hospital continue to be very low, but transmission and incidence have both been increasing slowly over the last few days.