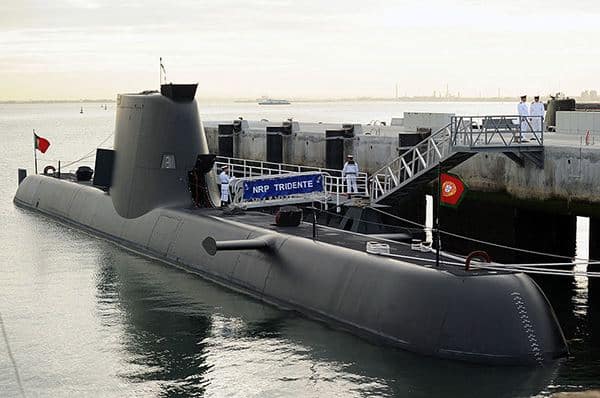 After the extraordinary ‘ending’ to the long-running submarines deal trial in February, news comes this week that, as many expected, it was not an ending at all – simply another lurch in a controversy so mired with double-talk that very few have had the stamina to keep up.
Not so the Public Prosecutor, however, which has now asked Lisbon’s Appeal Court to annul the judgement that absolved all 10 defendants (seven Portuguese and three German) – variously facing charges of defrauding the state out of over €30 million – of any wrongdoing whatsoever.
As Sol news website reports, the Public Prosecutor maintains that the judges made a “notorious error in their appreciation of evidence” showing an “irredeemable contradiction in reasoning” when faced with facts that were clearly proved “contrary to what they (the judges) concluded”.
See story http://portugalresident.com/controversial-subs-will-cost-another-300-million-euros