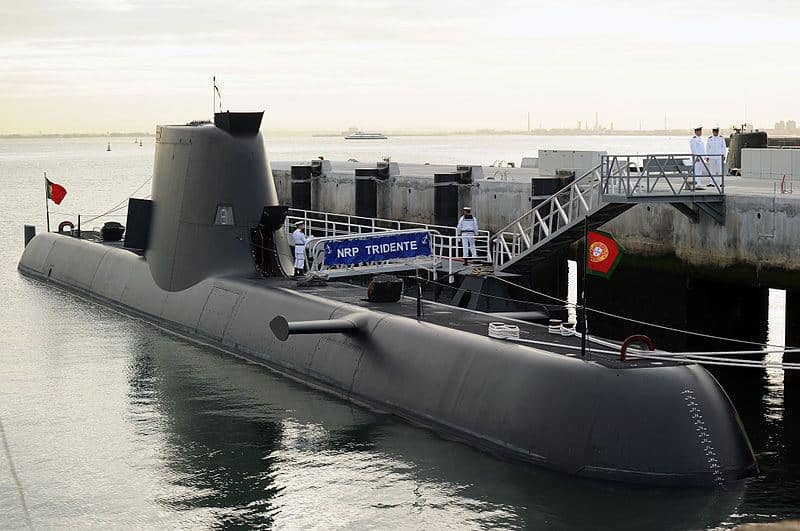 Amid Opposition howls of “whitewash” and “unseemly haste”, coalition MPs heading the parliamentary inquiry into alleged illegalities over the government purchase of over a billion euros worth of defence equipment have delivered a preliminary report that completely absolves everyone of any wrong-doing.
Despite the fact that a German court has already found businessmen involved in the deals guilty of corruption – and in the face of endless allegations involving over 40 million euros worth of high-placed bungs, including at least €5 million to key members of the Espírito Santo family – the majority report on weeks of “grilling” has ruled that all allegations were lacking in proof and larded in innuendo.
Delivering the 446-page report, PSD MP Mónica Ferro presented 37 conclusions which will have left nearly everyone involved sighing with relief. The only damning point she raised was the fact that it is “especially frustrating” that there has been a “low level in execution” of the various contra-deals agreed in the multi-million euro defence contracts.
Presenting the story under the headline: “MPs block the discovery of bribes”, the nation’s gutsy tabloid Correio da Manhã has devoted a whole section of its double-page spread today (Saturday) to the “trail of commissions paid to offshore companies” the moment the government’s contract to purchase two submarines came into effect on September 20, 2004.
According to CM, €21 million was paid straight away by the winning German Submarine Consortium to Escom UK (the company then owned by the Espírito Santo financial empire). Most of this was transferred to an unknown bank account in the Cayman Islands the next day.
A second payment of €1.2 million was paid to Escom UK in July which again the next day was transferred to an unknown account, with the reference “Escom Espírito Santo Com”. A further €5 million was then transferred from Escom UK to Switzerland, claims the paper. This money is reported to have gone to five members of the Espírito Santo banking clan, of which the former head honcho – Ricardo Espírito Santo Salgado – is currently on €3 million bail and facing all manner of fraud and embezzlement charges.
CM’s trail then gets a little fuzzy, mentioning of transfers from Escom UK to unidentified accounts in the Bahamas and Dubai.
National daily Público is more reserved in its reporting but plays with the word “portas” (meaning doors, in Portuguese).
Defence Minister Paulo Portas has always been under Opposition suspicion over the deals, and Público quotes Socialist MP José Magalhães as saying: “We have always been stopped from going through doors, literally”.
Público suggests Magalhães stressed the word “literally, almost forcing the change of the little ‘p’ in his sentence to the capital ‘P’ of the proper name”.
But, all are agreed, this latest government report is almost certain to be carried when MPs get to vote on it next Wednesday (October 8).
Will it bring an end to the matter; draw a line under the stench of scandal that has festered throughout Portugal for over a decade? If Opposition MPs get their way, it most certainly will not.
Likening the report to “a French cheese full of very large holes”, José Magalhães told Jornal de Notícias that the next step is to upload online all the evidence presented to the parliarmentary inquiry, “to appeal to citizens to analyse it”. A special form will be supplied, so that “readers can leave their contributions”, he added.
Meantime, he told CM, now that it is known that commissions were paid to the Espirito Santo family “the case will be extended to the commission of inquiry into Banco Espírito Santo, which should start soon”.
A key figure in calling for the inquiry – which also focused on the government’s purchase of 22 armoured vehicles – Magalhães “lamented” the fact that the German courts had not been called on to supply their proof of corruption, and he also highlighted the fact that “dozens of documents” never made it to the MPs involved in the inquiry.