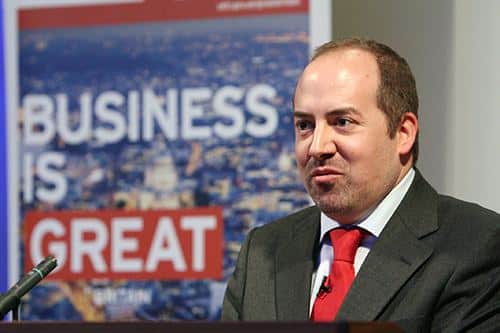 As the long-running inquiry into the submarine scandal scrutinises the actions of high-ranking politicians, including deputy prime minister Paulo Portas and former EC president Durão Barroso, a new bombshell has exploded into the mix.
According to Público, former economy minister Álvaro Santos Pereira renegotiated the controversial contra-deals with the German Submarine Consortium (GSC) without the proper legal go-ahead.
The renegotiation, which gave GSC a further four-years to complete on their pledges, also effectively contributed to three of the German defendants facing fraud charges getting off apparently scot free.
“As soon as the contract was renegotiated, the three German defendants asked the court for the ‘extinction of judicial proceedings’ of which they were accused,” explains Público.
The legal argument was: “If the contract had been altered, it could not have been fraudulent.”
Initially, the court did not agree with this argument, but in February this year judges absolved all 10 defendants, despite reams of material provided by the Public Ministry pointing to a fraud in excess of €30 million.
Now, what has come to light is that Santos Pereira’s renegotiation came two months before any legal go-ahead.
Signed, according to Público, in October 2012, it was not until December that year that the minister for the presidency of Durão Barroso, Nuno Morais Sarmento, signed his guarantee that Santos Pereira’s actions were “perfectly legal”.
In a bid to get to the bottom of the intrigue, Socialist politician José Magalhães quizzed Santos Pereira over whether he had been given the juridical green-light to renegotiate. In July this year, the former economy minister guaranteed that it was a decision “supported by legal opinions”. But when pressed to present these, the only opinion passed to the inquiry appears to have been that of Morais Sarmento.
As Magalhães contends “if there is no other legal opinion” then Santos Pereira’s deal constitutes “illegal behaviour”.
Legal arguments – such as this latest – befuddle the inquiry, which has been sitting for months, while the Public Ministry (Ministério Público – MP) has long since petitioned Lisbon’s Appeal Court to annul February’s controversial judgement.
The MP maintains that judges made a “notorious error in their appreciation of evidence” and showed an “irredeemable contradiction in reasoning”.
And, as has been widely reported, 10 years on the infamous contra-deals remain unhonoured.
By Natasha Donn
ENDS