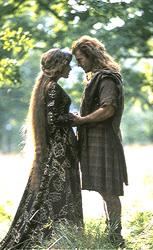 WITH ALMOST daily flights directly from Faro to Dublin, and flights to Cork and Shannon starting in April, there has never been a better time to visit beautiful southern Ireland. Here is our guide to some of the highlights we think you should include in your trip.

Killarney has a reputation for being Ireland’s most welcoming tourist town. By day, visit Muckross House, Killarney National Park, Ross Castle or even go for a round of golf at one of Killarney Golf and Fishing Club’s two Championship courses. After dinner, you should explore some of the town’s traditional pubs and enjoy an authentic Irish Music ‘Seisiún’ involving copious amounts of Guinness, storytelling, music and dancing.

Dingle is famous as the setting for movies such as Ryan’s Daughter and Far and Away. It’s the most westerly settlement in Europe and is a charming little fishing town that offers quite a lot for visitors to see and do – be astounded at Sleeping Giant Island, relax on the pier with the fishermen, swim with Fungi the dolphin, or take an optional horse riding excursion. Visit the Marine Centre and don’t forget to drive to Tralee, home to the renowned Rose of Tralee International Festival every August.

The ever-popular Ring of Kerry tour is another must. A winding road leads you between the breathtaking Atlantic coastline and the highest mountains in Ireland. Glenbeigh, Waterville and Sneem are on route, and there will be plenty of stops to admire this emerald paradise. Hike up the Gap of Dunloe, storm the peninsula’s pre-historic Celtic stone fortresses and visit the National Park and Torc Waterfalls.

A drive west along the north extreme of the Beara Peninsula will lead you to Allihies, Castletownbere, Glengarriff and in to Bantry. Bantry House is superbly located, overlooking the harbour, and is well worth a visit. As is nearby Skibbereen, which is a small busy town packed with tourists in the summertime, and Baltimore, which is the gateway to the Clear and Sherkin Islands.

Coastal Kinsale is known as the Gourmet Capital of Ireland, famous for seafood, locally produced meat, vegetables and dairy produce. An extensive selection of pubs, restaurants and hotels, specialist shops and a wine museum are on hand to feed and water the yachting and sailing fraternity, who frequent the town from the Point to Point Festival at the end of May to the end of summer. Around two miles out of town is Charles Fort and there are a host of beautiful seaside towns in the area, such as Courtmacsherry, Clonakilty, Inchydoney Rosscarberry and Castletownsend.

County Wexford is also known as the Model County and, as you drive through, you’ll be able to admire the most beautiful coastal villages. Waterford City and a visit to the Crystal Factory is a must for crystal fans, but don’t miss Waterford Museum of Treasures and Reginald’s Tower.

Upon reaching the Viking town of Wexford, you’ll find everything from an annual Opera Festival and Strawberry Fair, Johnstown Castle Gardens, incorporating the Irish Agricultural Museum, the John F. Kennedy Park, Homestead and Arboretum and the Irish National Heritage Park. County Wexford is also home to 50 castles and you should try and visit a couple – highlights include Ballyhack, Ferns and Slade Castles.

Cork, the Republic of Ireland’s charming second city on the banks of the Lee, has become famous throughout the world since the publication of Angela’s Ashes. The town itself can be explored in a day, but further a field you’ll also find West Cork, the Rebel County, birthplace of Michael Collins. Be sure to stop off at the Druid’s stone circle of Drombeg, before adventuring into the wild and beautiful Cork and Kerry Mountains. Ballycotton is a picturesque fishing village only 40 minutes from Cork city. The town is famous for its beautiful sandy beach and for bird watching – many rare species have been located in this area.

Musical County Clare is home to the famine walls, the mind-blowing 750ft high Cliffs of Moher and the mystical 200-million-year-old Burren area – an archaeological, botanical and geological wonderland.

A trip through the province of Connacht will allow you to view Dunguaire Castle in Ballyvaughan, the Dark Galway ‘Hookers’ and the legendary Galway Bay and Gaelic Galway – Ireland’s most hip, most historic medieval party city. City highlights include the Spanish arch and the 12th century walls.

Drive on along the south coast through Dungarvan. Then with the stunning coast to your left and fantastic green mountains and valleys to your right, head towards Youghal. The visitor centre offers a unique starting point from which to explore the exciting history of the town. Guided walking tours direct the visitor through the most notable areas of the town following the footsteps of Sir Walter Raleigh.

Finally, don’t neglect the Dublin area itself. Take a guided tour of Dublin’s City Centre, eat at one of the city’s many top class restaurants and wander about the leafy seafront suburbs of Dalkey and Killiney, home to Enya, Van Morrison, Bono and his band. For film buffs, a visit to idyllic Glendalough will recall the wedding scene in Braveheart – for booze connoisseurs a tour of the Guinness Brewery should appeal.

Whether you want to experience the royal treatment in an old castle, or receive a warm family welcome in an Irish guesthouse or B&B, luxuriate in a top hotel, or escape to your own Irish cottage, we can help – just call in or telephone us at PDM for more information

Ireland’s climate is moderated by the Gulf Stream. The temperature only occasionally drops below freezing during the winter and snow is scarce. Summers aren’t really that hot, rarely hitting 30 degrees, but whatever the time of year, be prepared for rain, because Ireland is wet – it can be drizzling in County Kerry on as many as 270 days of the year. If you do find the rain getting you down, you might find some comfort in the Irish saying: ‘It doesn’t rain in the pub’!