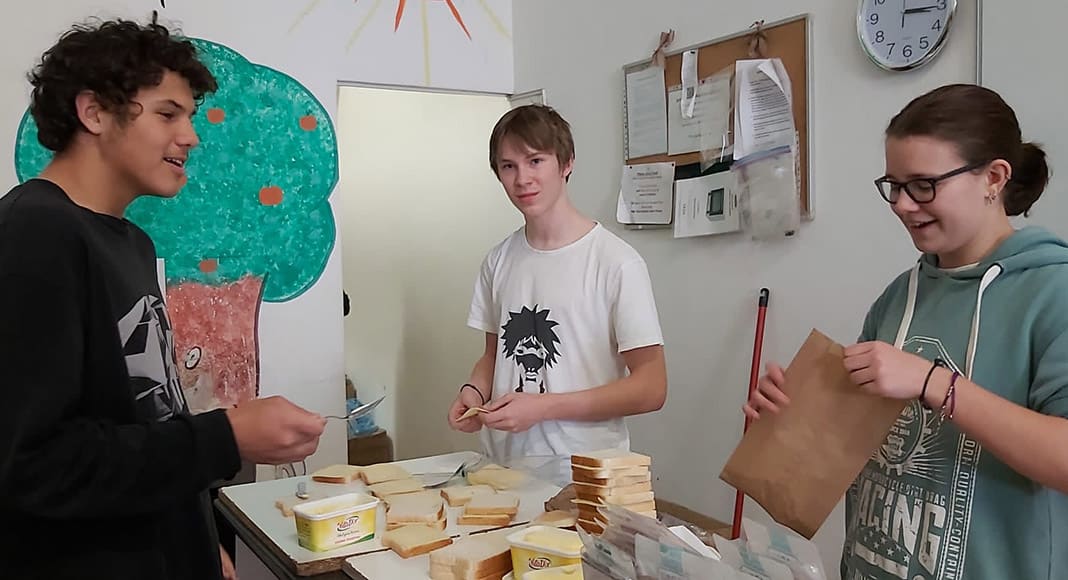 A group of teenagers from the Nederlands Onderwijs Algarve Portugal (NOAP) school in Silves has launched a campaign to raise food donations and collect paper packaging bags for the Portimão Soup Kitchen.

Through a flyer and fundraising drive, the students have so far collected an amazing 10,000 brown paper bags, which will replace traditional plastic packaging for take-away food for the next few months, making it quicker and easier to bag and hand out food, as well as being recyclable and reducing plastic waste. 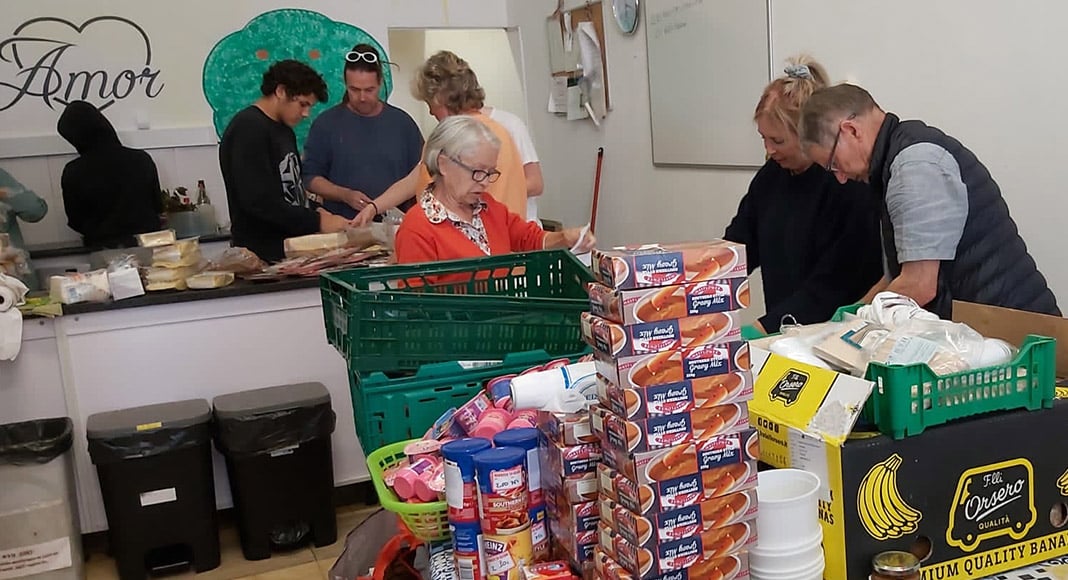 They have also collected much-needed food items, like 77 packs of long-lasting milk, 40 boxes of cereals and a box full of clothes.

The Portimão Soup Kitchen currently serves around 200 meals, three times a week, to homeless and disadvantaged citizens of all ages and backgrounds in Portimão. Whenever possible, it also provides them with other items such as warm clothes, shoes and blankets.

The students’ involvement with the Portimão Soup Kitchen emerged through their weekly group activities on social issues under NOAP school mentor Glen Theelen. 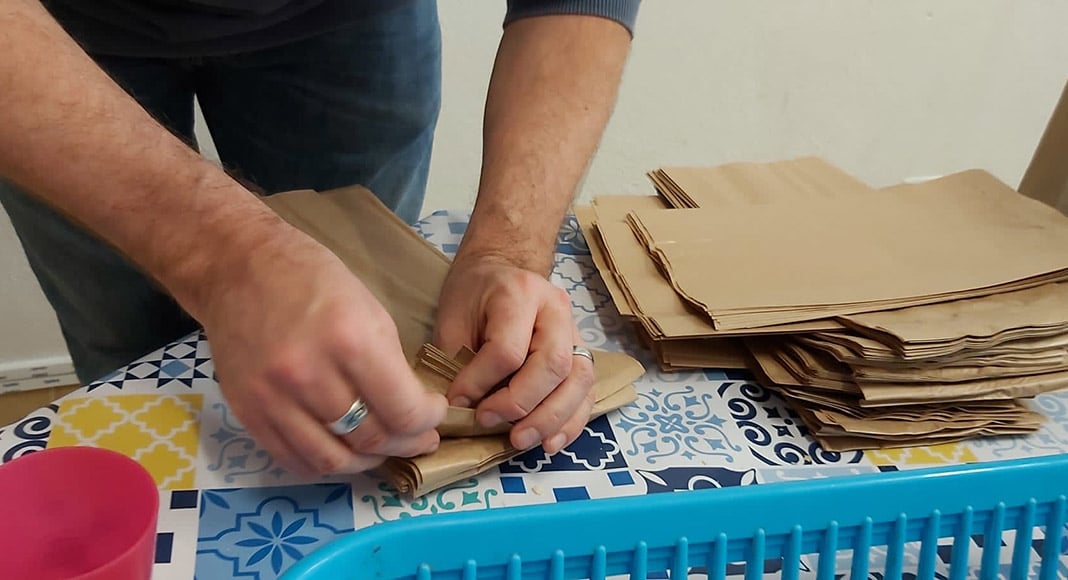 While discussing homelessness, Glen found the group, whose ages range from 13 to 18, to have an enthusiastic interest in the complex social problem and they were eager to learn more about it.

Having worked in psychiatry and homeless shelters for many years in his native Holland, homelessness is a matter close to Glen’s heart and he was keen to volunteer in the field when he moved to Portugal 18 months ago. 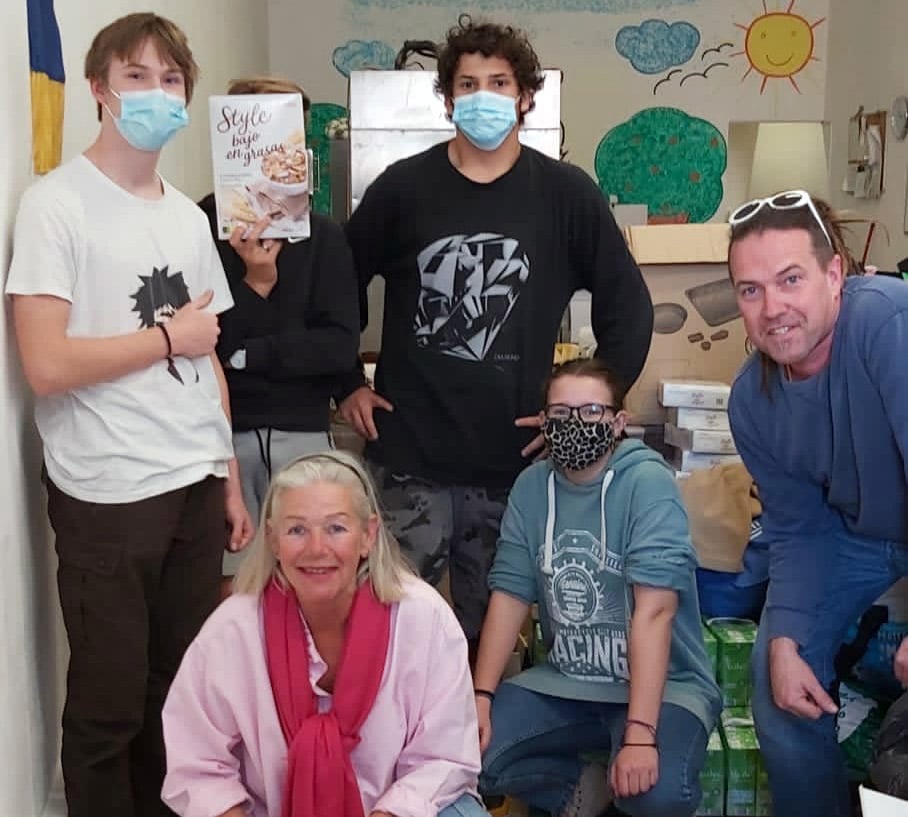 With the support and involvement of the students and their parents, a volunteering expedition was organised to Portimão Soup Kitchen as part of the group’s extracurricular activities.

As well as their personal efforts, the school group’s successful donation drive was sponsored by Mercado Eco store in Silves, but more long-term partners such as supermarkets are being sought to help the Soup Kitchen on a regular basis.

“We are very proud of our students for coming up with this initiative and hope we can make a difference to a worthwhile and important cause”, Glen concludes.