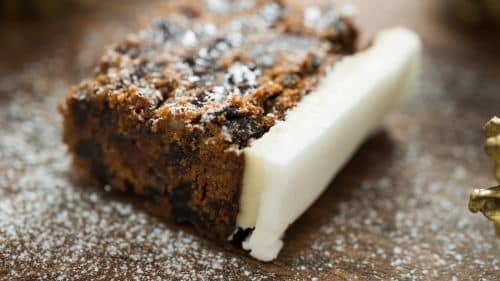 Worry leads to stress and sometimes depression. Nowadays it seems that more and more people find themselves unable to cope with life’s ups and downs and it would seem that a whole industry has been set up to cope with it.

I arrived near the end of the Second World War. My father was a career officer in the Royal Navy and had lived through and survived the war. Before I was born, my mother had to work in a munitions factory as a wages clerk as any woman without children had to work and replace the men who had been sent to war.

I don’t recall my parents ever talking about the dreadful things both of them, but especially my father, saw and experienced during those years.

To my knowledge, neither of them were given counselling nor put on anti-depressants and the war didn’t end for my father in 1945; he still went on to do more years in Germany and Egypt.

I remember growing up in a bombed out Portsmouth and playing among the ruins, making swings out of old rubber tyres and learning how to swim using the inner tubes.

Being an only child is lonely. OK you get the best your parents can offer but it can also be a make or break kind of life. I don’t have one single friend I met as a child at the 10 different schools I went to.

I constantly had to break ice; too often the new girl. I had no brothers or sisters to advise me or help care for. There was nobody to teach me how to share, no baby to help mummy with.

Being an only child means you either learn how to face up to life or perhaps become shy and introverted. I guess I’m one of the former.

My mother decided early on that I was destined for the theatre and we moved to London when my father was demobbed as they felt it would enhance both his and my opportunities for work.

No audition advertised in The Stage Newspaper was missed and mother led her theatrical missed opportunities through me.

I learned how to be tough and take the disappointments along with the successes and all of it prepared me for some pretty tough times that happened throughout my life.

I made sure that I didn’t have an only child and I managed three. Even though life wasn’t always easy and I spent much of it as a single mother, we coped and they are three well- adjusted adults who have themselves already coped with a lot of knocks in today’s world, which makes many more demands on our young of a very different nature.

So why all of the above? I suppose I’m just fed up with hearing about how very mollycoddled today’s children are becoming. They get too much. Their lists of ‘I want’ are endless and it would seem that there is no such thing as ‘can’t have’.

They aren’t being taught to take any knocks at all. Everybody has to be a winner or they might become emotionally disturbed.

We are rearing a generation who will find the harsh realities of life very difficult to cope with but it doesn’t matter. We can get counselling or take mind-numbing pills.

Don’t please misunderstand me. There are times in life when even I have found it hard to cope and pills have helped. Talking things over with someone is also a great healer, but I didn’t need any of that when I was a child or even a young adult. Serious illness knocked some of the stuffing out of me, I have to admit, and I took anything the doctors said I needed to help me get through.

I know I’m generalising too much and there are a lot of young people who are being brought up as wonderful, caring and sharing young people – I just felt like having a moan about the others.