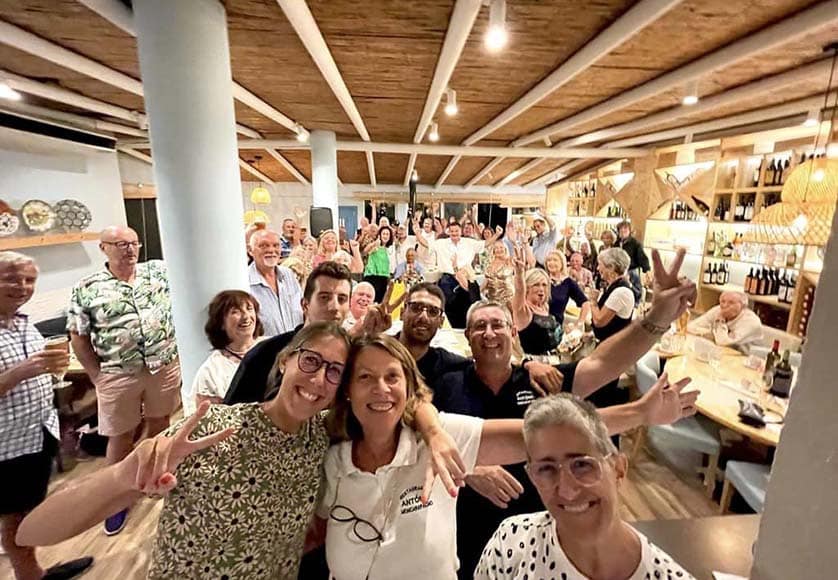 Eighty-two StreetLife supporters attended a ‘Dine and Party Night’ to celebrate StreetLife’s fifth anniversary at Restaurante António in Moncarapacho. As a result, €1,536 was raised to help their Animal Sterilisation Programme in the East Algarve.

The theme of the night was 60s, 70s and 80s music. The evening revved up as the night progressed.

“From calm and ‘quietish’ over dinner to rocking at the end,” said a delighted Linda Cree from StreetLife. “Guests were singing and dancing around the tables having a great time. Lots of supporters got into the spirit of the evening and dug out their flares, flower-power outfits, even a YMCA-styled policewoman!” 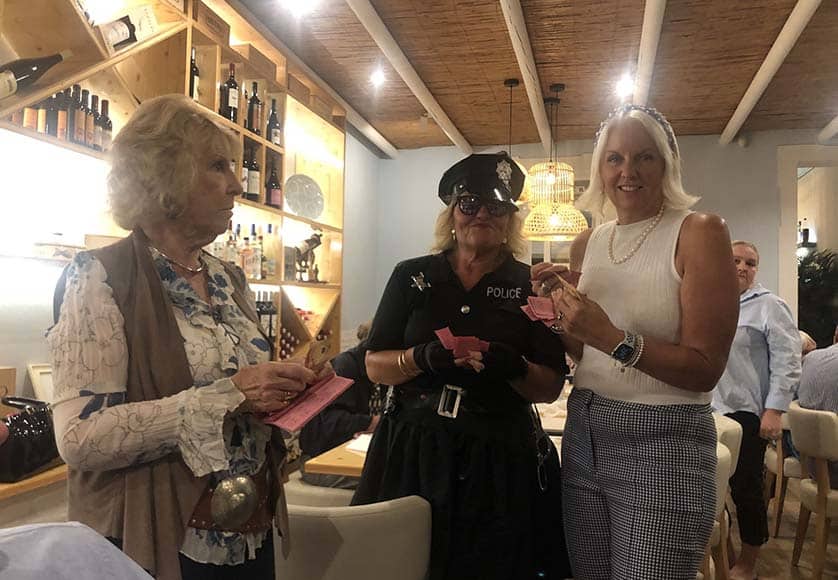 StreetLife said the amount raised was way over their expectation for the evening and thanked everyone for their support and generosity.

“A big thank you must go to everyone who supported the event, especially to António and Margarida and their team; they did a great job looking after everyone,” said Linda.

Prizes were donated by StreetLife sponsors: Ana from Casa Nova Décor, Hair & Beauty at Cara, Monterosa Olive Oil, Octant Vila Monte Hotel, Philippe Stabile Hairdressers, Hotel Real Marina, Sesil Home plus many items donated by StreetLife supporters. Prime Wine gave 24 rosé magnum wines and, “for a bit of fun”, there was a ‘lucky dip’ to find homes for the bottles, which hopefully are now chilling and ready to be drunk soon. 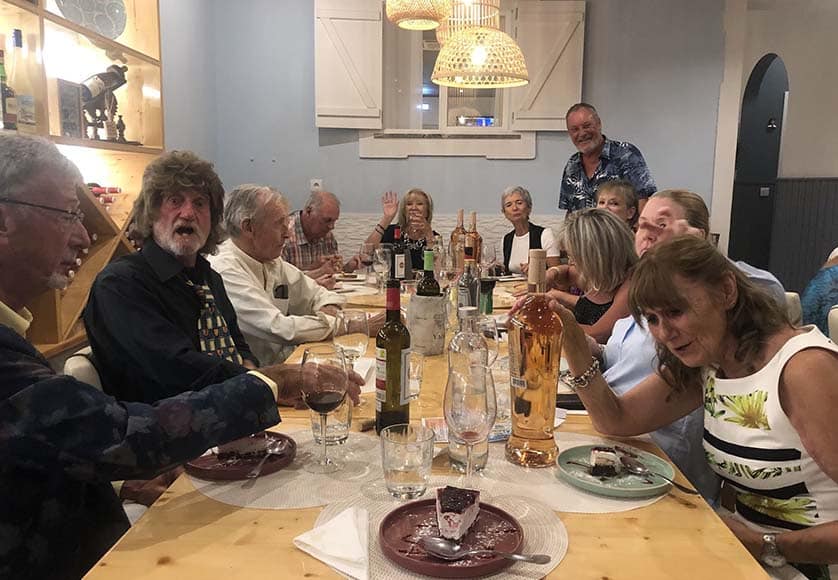 Since StreetLife was launched five years ago, they have sterilised 730 local dogs, helping families on low incomes.

“Animal shelters are overflowing with unwanted puppies and abandoned dogs. The shelters cannot sustain current levels as they do not have the volunteers, finances or space.  StreetLife is trying to help reduce the number of unwanted puppies being dumped in bins like rubbish and reduce the number of strays. It’s a never-ending task!” concluded Linda.

To find out more about StreetLife, visit www.streetlife.pt (in both English and Portuguese). You can also find out about their September campaign helping families on low incomes to get their pregnant dogs sterilised for free.