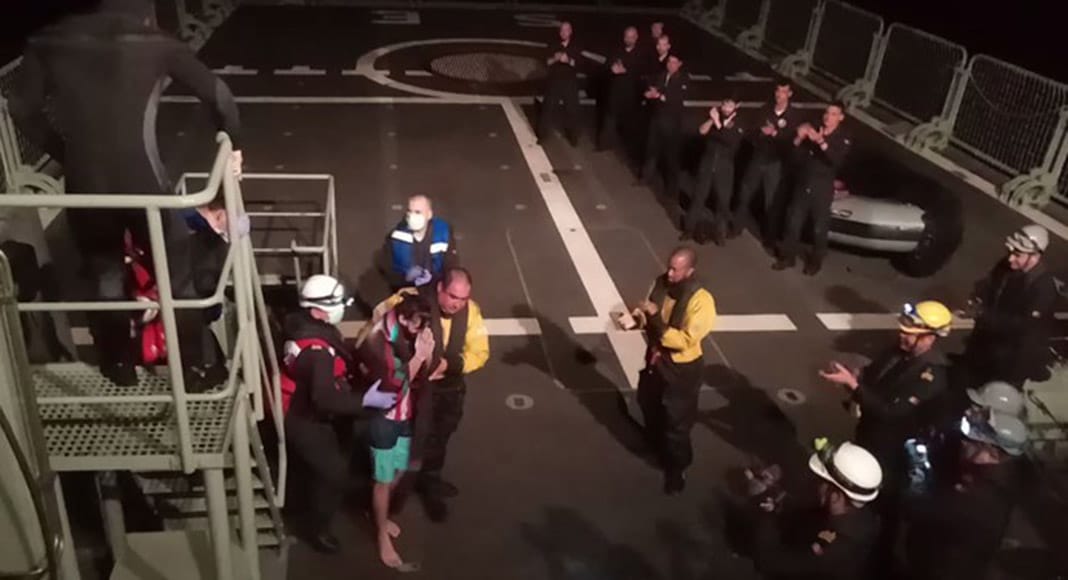 A 23-year-old Indian crewman spent 30 hours ‘lost at sea’ and was physically stable enough to manage to walk onto the naval boat that rescued him.

There was enthusiastic applause as the young man, supported by rescuers, boarded the Setúbal patrol vessel. Stories like this you could count on the fingers of one hand.

Said commander Zambujo Madeira: “We had been looking for two hours when we saw, through the night binoculars, a very faint light in the pitch dark of the Atlantic It was about 2am, and the light must have been two to three kms away. But we knew it was something…”

As the boat travelled towards the light, the young man in the water started sounding the safety whistle sewn into the waterproof suit he was wearing when he fell overboard.

Within minutes – after so many hours alone in the water – he was being hauled up by men almost as surprised and delighted as himself.

“Emotionally overcome but strangely stable physically”, the exhausted young man was wrapped in blankets and transported to the Hospital of the Divine Spirit, on São Miguel island, in the Azores.

Say reports, he accidentally fell into the water on Sunday night, from a merchant ship bound for the United States.

The alert was sounded to authorities on the nearest landmass 480 kms away, at which point the ‘Setúbal’ was actioned.

The incredibly lucky crewman has not been named. He was working on the merchant ship UACC Mansouria, flying under a Marshall Islands flag, which also took part in the searches.