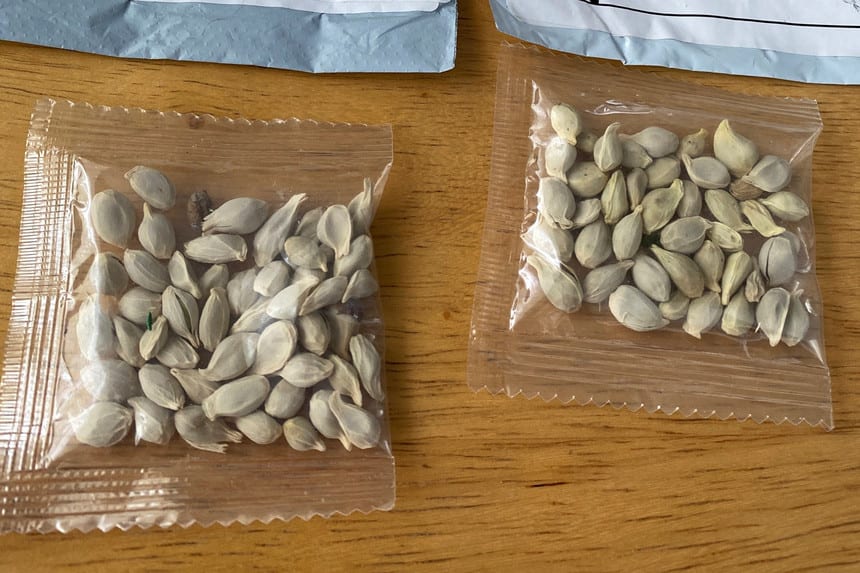 A government alert has gone out following reports throughout Europe of people receiving unsolicited packets of seeds ‘from Asian countries’.

Media sources in Portugal have instantly identified China, without specifying any of the other countries that may be involved.

The alert, sent out by the ministry of Agriculture, suggests the small packages ‘could contain soil, dead larvae and fungal structures’.

“None of these packages are accompanied by a Phytosanitary Certificate – the document which attests compliance with a country’s phytosanitary demands – which implies serious risks with regard to plant health due to the possibility that diseases or even invasive species could flourish”, says the warning, adding that anyone receiving any packages of seeds that they haven’t specifically ordered should hand them straight into the authorities, either the DGAV (general directorate of food and veterinarian produce) or DRAPAlg (the regional department of agriculture and fisheries).

On no account should the seeds be planted, or even put in the rubbish, said the note – adding that if people are unable to deliver the seeds ‘in person’, they can send them to DGAV’s headquarters at Campo Grande, Lisbon.

The mystery of unsolicited seeds appears to have start earlier this summer in the United States where random addresses in at least 27 states started receiving unmarked seed packages.

Later in the summer, cases were flagged in the UK in which the seeds were “mislabeled as jewellery, sparking confusion and concern” according to the Express.

In every situation the advice from authorities has been ‘don’t open, don’t touch, don’t plant, don’t bin’… Hand them in and leave them to the ‘experts’.