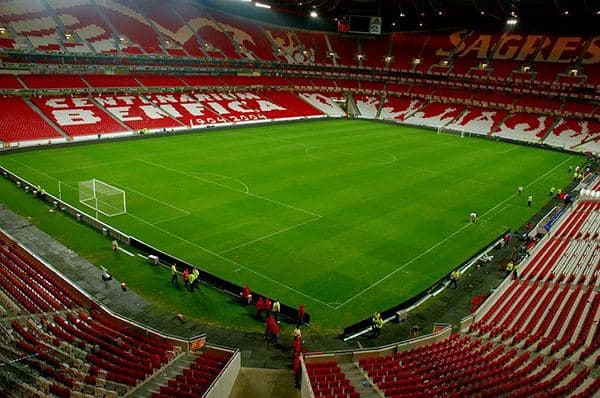 Fans throughout Portugal were packing into bars and restaurants on Sunday evening to watch the big Lisbon derby between Benfica and Sporting unaware of the drama that was about to unfold.
There were 60,000 in the Estádio da Luz, home of Benfica, when pieces of fibre-glass insulation wadding and plastic started falling onto the pitch.
An inspection by safety officials resulted in the game being called-off and shortly afterwards sheets of roofing material fell onto to a seating area just vacated.
A similar occurrence happened in January 2013 prior to the game between Benfica Reserves and Feirense.
UEFA, European football’s governing body, will be greatly concerned as the Estádio da Luz is due to host the Champions League Final in May.
Benfica and Sporting will try again on Tuesday (February 12) at 8.15pm.
By CHRIS WRIGHT