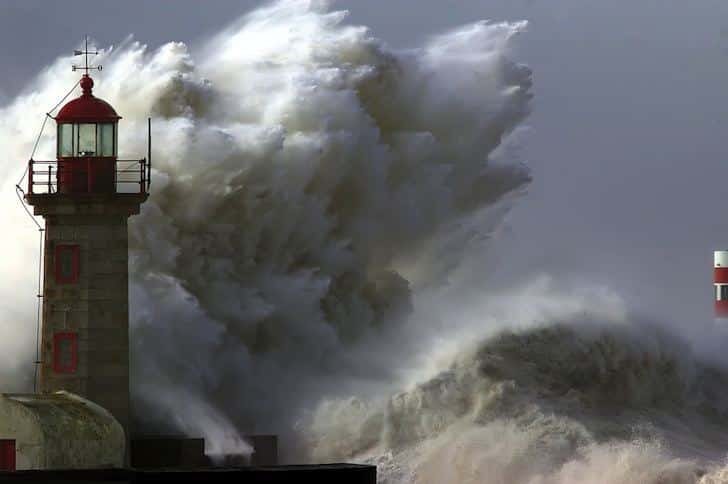 Despite the authorities being ‘braced’ for the worst, they could not prevent tragedy

Just after 5pm in the afternoon, a 42-year-old woman was killed when a tree “of large dimensions” collapsed on top of her as she was purportedly calling emergency services.

Explain reports, mother-of-two “Helena” (married to a firefighter) had just pulled over on the EN211 as there was a large rock in the road.

She was reporting the obstacle to the authorities as the tree suddenly came down on top of her.

Two people who had also pulled over to try and help the victim move the stone were also injured and had to be treated in hospital.

The accident happened in Marco de Canaveses, one of the areas worst hit by the effects of Ana as she swept over Portugal towards France.

Elsewhere, there were other road traffic incidents, but fortunately without any further fatalities.

Reports nonetheless suggest that no less than 3000 emergency calls were received in the 12-or so most dramatic hours, by which time the orange alert issued on Saturday for the country had increased to red for eight northern and central districts.

EDP and Altice PT were reported to have beefed up their emergency piquets in a bid to ensure that households whose services went down were dealt with as quickly as possible.

The worst of the flooding was in Lisbon and Porto – while flights in both cities and Faro in the Algarve also suffered delays.

Ana is simply one of a slew of miserable winter weather conditions: the UK, Germany, France and parts of Spain are also struggling with snowfall and extreme cold, if not heavy rain and wind.

The ‘good news’ for Portugal is that, for now, the worst is over. Ana has left national territory and now it is (almost) just a matter of ‘mopping up’ for the unfortunate households and businesses adversely affected.

One place where ‘mopping up’ is the least of everyone’s problems, though, is São Pedro do Moel, Marinha Grande, where a massive (more than 20 metre) crater opened up in a residential street early on Sunday morning as a result of a burst water main.

The huge hole was being tackled and shored-up within hours, but it will take at least two weeks to sort out and fill, said authorities.

Fortunately, damage to people and property has been at a minimum. Some exterior property walls collapsed, but nothing structural and the damage that residents feared could follow as the result of Ana’s heavy rains was averted.