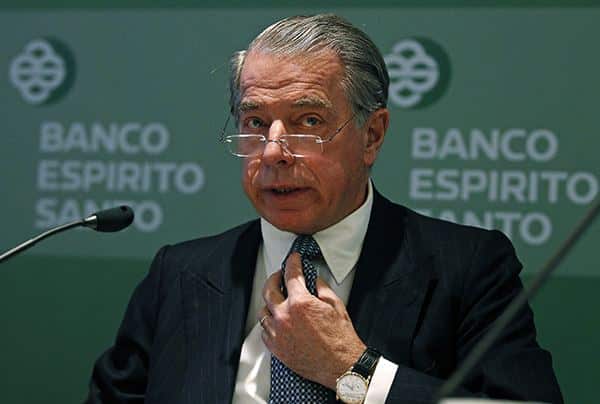 On the day Portugal’s finance minister, along with the Governor of the Bank of Portugal, will be facing tough questions in Parliament over the BES banking debacle, news comes thick and fast of panic spreading through the markets.
Lisbon’s stock market fell by more than 3% yesterday – with the banking sector registering major losses – while on the high street, customers of the disgraced bank, magically morphed into a “stronger more secure” institution on Monday, have been pulling out their money in droves.
On Monday alone, €200 million was rapidly placed into new customer accounts at CGD – the state-run bank that many see as a “refuge in times of turbulence”, writes Público newspaper.
Despite assurances given by Governor of the Bank of Portugal Carlos Costa, even PT withdrew €128 million of deposits on Monday, though it is not clear to where the money has been transferred.
Elsewhere, foreign investors are reported to be pulling out of Portuguese stock bigtime, “disillusioned with the incapacity of national regulators in detecting the fraudulent management in one of the country’s largest banks”.
In other words, Carlos Costa’s exercise in damage limitation last Sunday seems to have served very little purpose.
Meantime, scare stories abound. Reporting on the desperate losses suffered by the Espírito Santo Group at BES Angola, Correio da Manhã runs a short report opening with: “BES Angola doesn’t know who it lent 5.7 billion dollars to…”
Today’s CM carries a front page lead on the €30 million fortune that BES’ former boss Ricardo Espírito Santo Salgado has snaffled away in Singapore “far from the reach of the Portuguese authorities”, and elsewhere in its reports it reveals that shareholders who have in some cases lost everything are considering taking their grievances to the courts.
As confusion rages over how banking regulators could have sat back – with all the indicators that were flashing since last year over problems within BES -, the Wall Street Journal reports that hedge funds mysteriously aware of the real situation within the banking empire made millions on shorting shares (betting that BES share prices would fall).
Typically, Portugal’s economy minister Pires de Lima has declared the whole scandal will have repercussions on the reputation of the country – but far more to the point for so many shareholders, it has had huge repercussions on everyday lives.
One small shareholder who preferred to remain nameless told CM: “I can’t even sleep. When Ricardo Salgado was arrested, I went to the bank several times but they always assured me it was a passing crisis. Then came the bombshell. I lost all my savings. Years of work…”
Eyes and ears now are on the question-session due in Parliament later today.