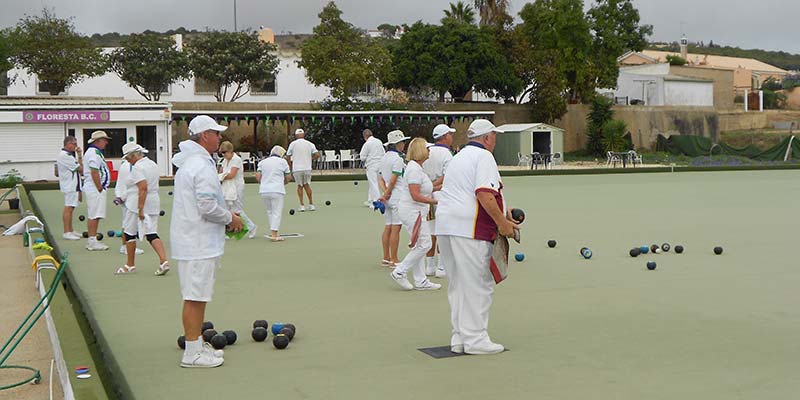 Tuesday, October 29 was the first Super 10’s game. Rain was forecast but thankfully it didn’t arrive, which left us with a warm sunny morning.

Floresta are the top team in this table with six points, whilst Pedras and Tavira are close behind on four points each.

Thursday, October 31 was a dull Halloween day, threatening to rain all morning, which it did part way through our match, just drizzly enough to be a nuisance.

However, all games went ahead as planned.

This takes Valverde to the top of the table with 12 points, and Balaia into second place on 10 points; Albufeira are in seventh place with two points.

November 2, the second week of the Winter League, was a dark, dull morning, forecast rain, which didn’t happen until later in the day.

This sees Floresta Foresters at the top of League ‘A’ with 16 points, Albufeira Cats in second place on 12 points, and Tavira Tigers on 10 points; with Valverde Vulcans at the bottom on four points.

League ‘B’ Table shows Valverde Vulcans at the top with 16 points, Floresta Huntsman second on 10 points, and team-mates Floresta Rangers third on eight points, with Alvor Scorpions and Balaia Whalers in the bottom slot.

Early days for everyone.