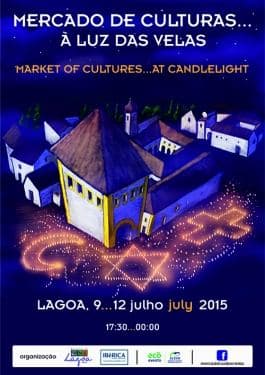 Praça da Alagoa, the pretty square affectionately known as Bishop’s Square near the Roman Bridge in Tavira, now has its statue of António Maria Marcelino Franco fully restored thanks to the painstaking cleaning work recently undertaken.

The statue of the former Bishop of the Algarve, erected in 1971, takes pride of place in the picturesque gardens surrounded by small, intimate cafés and restaurants. António Maria Marcelino Franco was born in Tavira, appointed Bishop in 1920 and served until his death in 1955. He is buried in the Main Chapel of Faro Cathedral.

Another memorial to have been given a makeover recently is that of Joaquim Lopes in the gardens that bear his name, by the waterfront and market in Olhão.

Born in the town in 1798, he moved to the Lisbon area when 20 years of age. He became an international hero saving many people from the sea in the treacherous currents that are a feature of the confluence of the Oeiras and Tagus rivers.

Between 1828 and 1864, he rescued many sailors from certain death including the crew of three British ships, one of which was the schooner Howard Primrose, the French vessel Stephanie, Spanish brigandine Achilles and numerous Portuguese craft.

Many countries bestowed awards on Joaquim Lopes and he was honoured by the British Government with the Queen Victoria silver medal and later, when he saved the ship British Queen, he received the gold medal. In 1866, he was belatedly awarded Portugal’s top honour the Order of the Tower and Sword. In 1890, he returned his British awards to the government in London.

The 1890 British Ultimatum, which was in breach of the Treaty of Windsor of 1386, forced the retreat of Portuguese military forces in Africa stretching from west to east – between the Portuguese colonies of Angola and Mozambique (most of present-day Zimbabwe and Zambia), which had been claimed by Portugal but which clashed with British aspirations to create a Cape to Cairo Railway.

When Portugal gave in to British demands, it was seen as a national humiliation by republicans. The British Ultimatum was considered by Portuguese historians and politicians at that time to be the most outrageous and infamous action of Britain against her oldest ally.

There were violent protests in Lisbon and the Union flag was burnt. Joaquim Lopes died later that year at the grand old age of 92.