Portugal Resident
Home Portugal News State wrestles back control of TAP – but was it worth it? 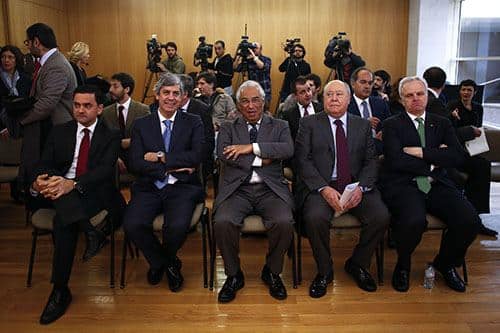 With the endless political in-fighting over the future of TAP – the airline synonymous with Portugal – now over, pundits are asking whether it was all worth it? Was the memorandum of understanding signed last weekend – returning a 50% stake in the company to the government – down to a “tantrum” by incoming prime minister António Costa, or a deal really worth doing?

In a country where very different parties are holding on to the fragile balance of power, there are criticisms on all sides.

The PCP Communists think the government ‘could have done better’. Leader Jerónimo de Sousa considers TAP should have been returned to the State’s total control, and suggests the final deal serves simply to “save the privatisation” pushed through behind closed doors by the outgoing government as it was packing its bags in November.

Bloco de Esquerda MPs say the deal still falls short of serving the public interest – as the State will not be making strategic decisions; while former PM Pedro Passos Coelho says he is not at all sure what all the fuss was about.

“I think it is important that the government explains (the deal) well, with transparency so that people are not left with the idea that this was simply a tantrum in which it wanted more than 50% of TAP,” he said on Saturday, pointing out that “in the end, it is not more than 50% and private investors (the Gateway Consortium) are in charge”.

Newspapers reporting on the “marriage” that followed “a war of words” since the Socialists came to power explain it involved the government paying €1.9 million in return for its new 50% stake in the airline, and that this new situation will see it consulted over strategic decisions (though not responsible for them).

Gateway has thus ceded its majority 61% shareholding, but will stay in the driving seat.

Sealing the deal in the full glare of publicity on Saturday morning, prime minister Costa said: “It is with great satisfaction that we are partners.”

The government will nominate six directors to TAP’s board, but leadership of the executive commission by Fernando Pinto remains the same.

In practical terms, writes national tabloid Correio da Manhã, neither TAP’s staff nor its passengers “will notice any difference”.

Always ready to put the boot in, political commentator Duarte Mendes has suggested the whole TAP dance was a “media game” to take the heat off the implications of the State Budget.

And in Porto – where TAP has already shut down a number of routes (click here) – business associations are still up in arms, saying whatever the makeup of the company, it appears hell-bent on “disinvesting in Porto, in favour of Lisbon”.