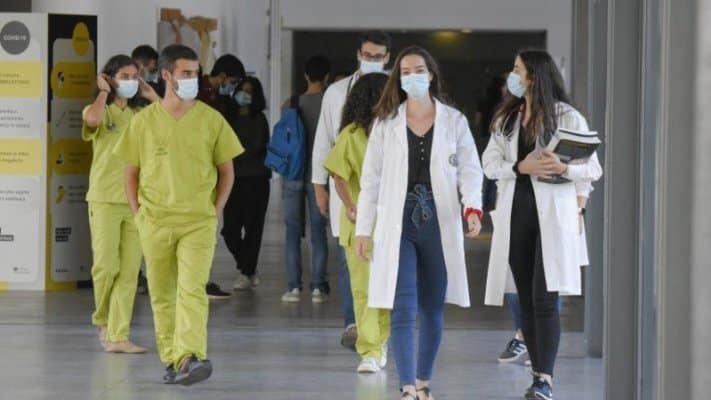 Shared training programme to start in 2024

The government will launch a shared training programme in 2024 to attract young doctors to hospitals in sparsely populated regions. It will be a model that gives those interested salary and housing benefits.

Speaking to journalists in Porto today, health minister Manuel Pizarro said that he is working with the general medical council (Ordem dos Médicos) so that the shared training programme can begin next year.

In practice, the idea is to allow the “younger” doctors to work for a period of time in a hospital in these areas, and another period in a hospital on the coast.

The State will be responsible for rewarding this choice by increasing the pay of doctors  when they are in a hospital in a low population density area.

The health minister did not advance any figures on the salary increase.

As for accommodation, Manuel Pizarro said that local authorities and hospitals will be involved to create facilities that “reduce the excessive expense of those who have to work in two different places”.

“Last week we announced that the hiring of specialist doctors will be done by each institution. We have to recognise that there are hospitals that start at a disadvantage. There are hospitals, whose geographical location makes it more difficult to attract professionals. These hospitals need a special programme to attract doctors, not only specialists, but also for the training period of their specialties”, said the minister.

Included in the scheme will be the specialties of Internal Medicine, General Surgery, Anaesthesia, Orthopaedics, Gynaecology, Obstetrics, Paediatrics and Radiology.

Psychiatry and Child and Adolescent Psychiatry may be included.

The programme will be adapted to the situation and needs of each hospital.

“In specialties where there is training suitability, these hospitals maintain the capacity to attract young specialists. For example in Bragança we have no problems with Internal Medicine because there is training capacity and the service supports them.

“In Portalegre we have no problems with General Surgery. The problems are different in each hospital”, said Mr Pizarro.

The start date of 2024 has been given because this is when the next process of training specialists begins.

The minister was optimistic about the idea succeeding, notwithstanding that it will have to be a process “continued over time” because “deficits accumulated over decades” cannot be solved in (just one year).

He said he has “no doubt that in the medium term, the problem of doctor shortages in remote areas will be solved.

“We have to attract doctors and treat these situations with care. If people go to these areas at a younger age, before starting a family, before stabilising their lives, it will be easier for some of them to settle there”, he concluded.