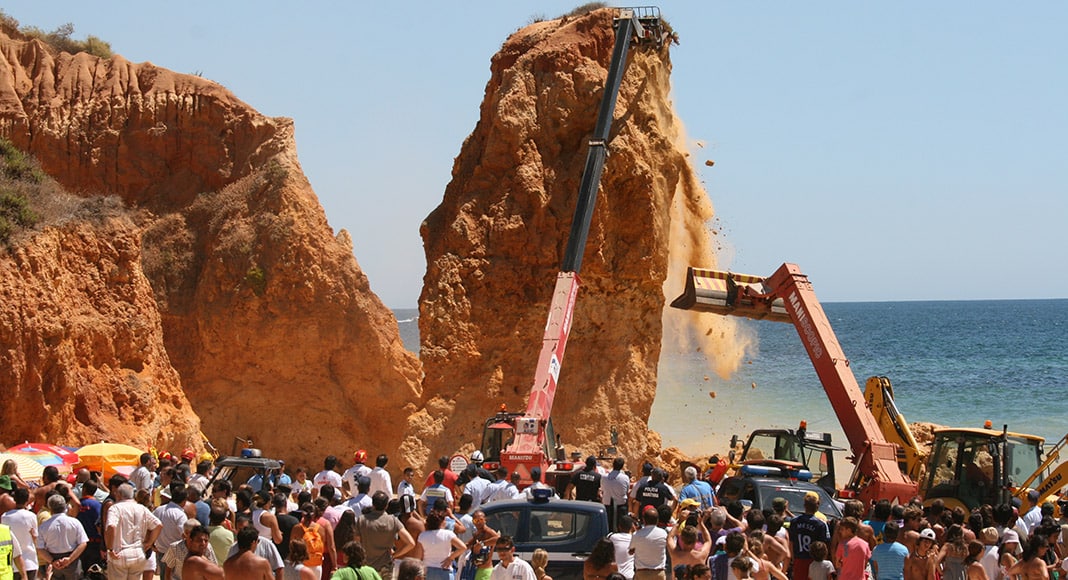 Loulé’s tax and administrative court has sentenced the Portuguese State to pay over €1 million in compensation to the families of the five victims of a rock fall at Albufeira’s Maria Luísa beach in August 2009.

The State was found guilty of “failing to evaluate the true risks associated to a possible cliff fall on the beach, as well as creating deceiving reports about the incident”, reports Lusa news agency.

Among the victims was a family of four from Ramalde, Porto and a woman from Coimbra who were killed by the rubble from the rock fall.

The court stresses that the reports that were created three months after the incident by the State are deceiving, as they featured a photo with warning signs about possible rock falls at only one of the entrances – the Club Med entrance – to the beach, which was not the entrance that the victims used.

“In other words, the November 2009 report is misleading for those who use that photo to conclude that the Maria Luísa beach had warning signs about the risks of rock falls,” the court says, explaining that the Club Med entrance was the only one with warning signs.

The bottom line is that the court found that the State did not fulfill its obligations, failing to monitor the state of the cliffs and failing to place enough warning signs about the dangers of possible rock falls.

Pedro Proença, the lawyer representing the family of four of the victims, told Lusa that the sentence is fair considering the circumstances.

“The State’s serious flaws when it comes to monitoring the state of cliffs and the negligible way in which it handled the matter have been exposed. The State could have avoided these deaths and it seems that it was a matter of luck that there weren’t other similar tragedies,” he told Lusa.

“This sentence has silenced all those who dared to offend the memory of the victims by accusing them of being ‘responsible’ for the incident.”

It is unknown whether the State will be appealing the sentence, Lusa stresses.