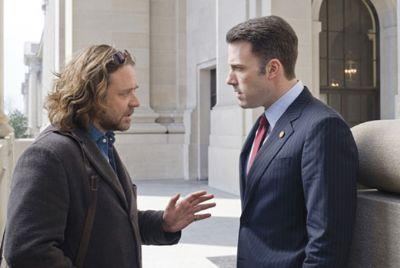 A petty thief is murdered in an alley and a Congressman dies in front of a subway, two seemingly unrelated deaths but not to the sharp wisecracking reporter Cal McAffrey who can sense a conspiracy.

Cal starts to delve into the world of the dead Congressman with the help of an ambitious rookie writer Della Frye but as he approaches the truth behind the murders he is drawn into a world of cover-ups, informants and assassins. The determination of the journalists leads Cal to a crossroads where he must decide if revealing the story is worth risking his life and selling his soul for.