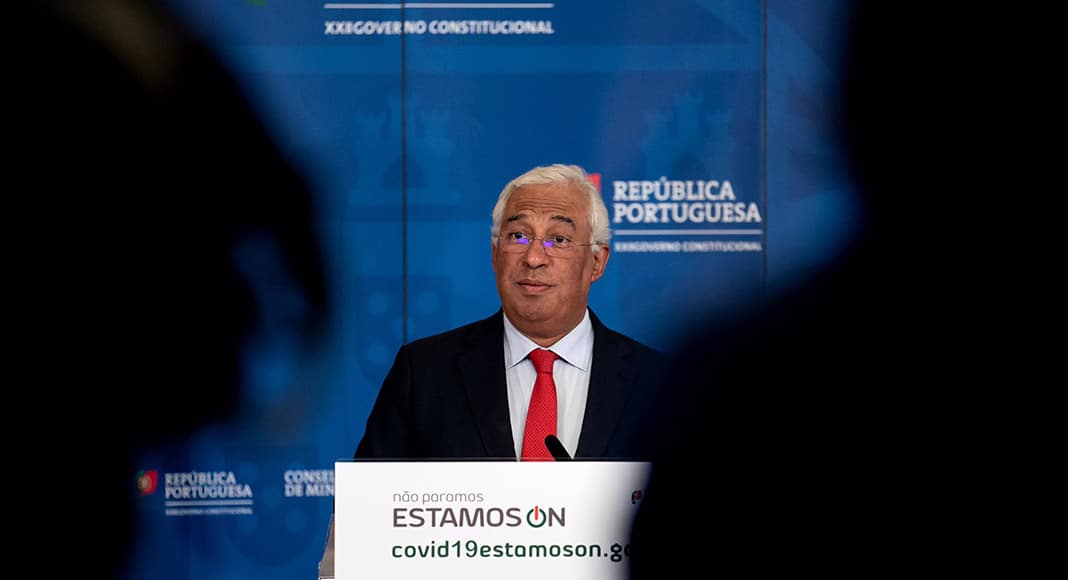 Prime minister António Costa has emerged from the five-hour-long meeting with several mayors and health officials today with a list of ‘changes’ coming into place in Greater Lisbon from midnight tonight.

The changes – involving an 8pm curfew for shops and restaurants, reinforced monitoring of commercial centres and a ban on groups of more than 10 people – are aimed at stemming the rising tide of new coronavirus infections (click here).

Mr Costa told reporters that the meeting “allowed us to localise with extreme rigor the nucleus of the problem in 15 parishes”.

In some cases it was “possible to locate the residential areas where there is particularly high incidence” of Covid infections.

Thus the plan emerging involves the introduction of the new Healthy Neighbourhoods Programme – an initiative that will develop community projects designed at reinforcing the message on how to ‘prevent Covid-19 contagion’.

At the same time, testing is to be speeded up and further tightened via the use of georeferencing, which will be able to pinpoint not simply streets that need closer monitoring, but buildings (ie apartment blocks where everyone will need to be checked).

The hitherto ‘lenient policing’ of large groups of young people drinking late into the night will be stepped up to allow police to actually fine offenders – and there will be a beefing up of the number of agents (PSP and GNR) on the streets.

Regarding the 8pm curfew, restaurants serving dinner will be exempt, but they still won’t be able to serve alcohol beyond this point.

Commercial centres also will be more closely monitored regarding the numbers of people allowed in and out of shops at any one time.

Anyone who believes the measures could be ‘a little harsh’ has only to look at the rising number of hospital admissions.

At today’s coronavirus press conference, secretary of state for health António Lacerda Sales admitted that two hospitals particularly are particularly stretched: Amadora-Sintra, with 93% occupancy and Beatriz Ângelo in Loures, registering ‘100%’ (ie no room left at all).

Setúbal Hospital is also showing an occupancy rate of 86%.

Bearing in mind Covid wards elsewhere are nowhere near these percentages (in Faro, for example, the last count – even after the illegal party in Odiàxere – was six admissions, none in intensive care) it shows why the government is reacting.