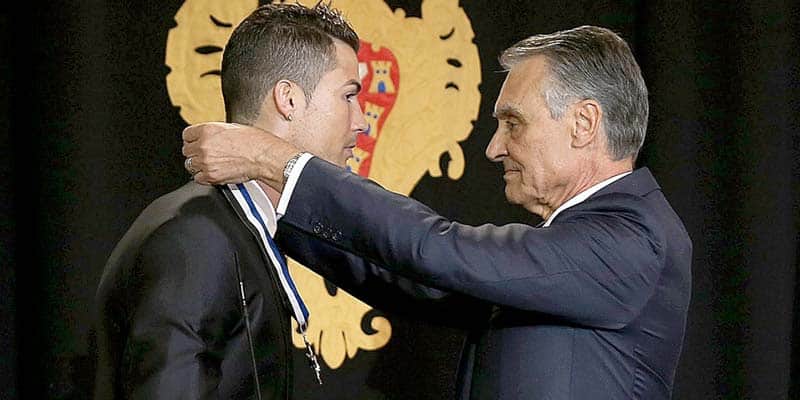 In a short but sweet statement on national television news last night the country heard that the fact that Cristiano Ronaldo has been condemned for fiscal fraud in Spain and handed a 23-month suspended jail sentence “does not justify” any discussion on whether he should be stripped of his presidential honours.

As a result, the 5 times Balon d’Or player will not be losing decorations bestowed on him by both President Cavaco Silva and Marcelo Rebelo de Sousa, as was suggested last month.

Said the statement, the Government of Madeira – Ronaldo’s birthplace – has also decided to ‘maintain’ all the star player’s honours.

It was only in 2017, that Madeira ‘rebranded’ the island’s airport to be known henceforth as Aeroporto Cristiano Ronaldo.
Ronaldo’s ‘conviction’ for fiscal fraud saw him paying a fine of €18.8 million euros as well as a further fine of €360,000 to ensure he had no ‘blot’ on his criminal record.