Portugal Resident
Home Portugal News Starving greyhounds: animal associations warn ‘there are many, many others’ 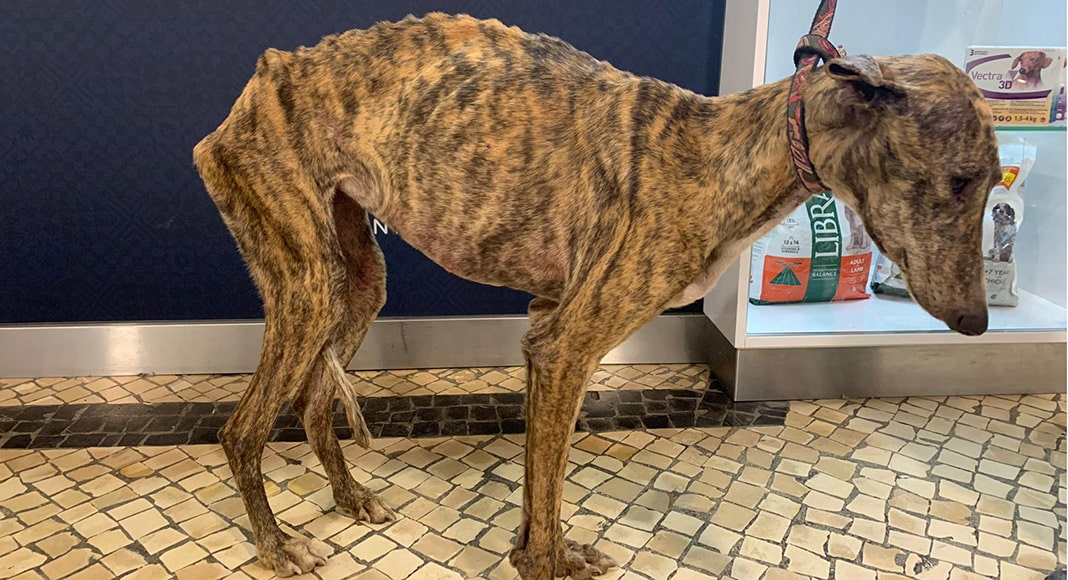 With outrage over the state of greyhounds rescued from the Setúbal property of a renowned bullfighter far from abating, new force has been given to a petition calling for the end of greyhound racing in Portugal.

Animal associations say that unless the sport is banned, unscrupulous breeders will continue to raise animals in dreadful conditions, and fail to look after them humanely.

One such group, Katefriends – which specialises in rescuing greyhounds – has taken to social media to reveal it was aware of the appalling situation at the home farm of João Moura “many years ago”.

Says the post: “I am sorry to say that Katefriends.com made the 500 km journey (there and back at my own cost) to take adults and babies from this man that were completely anorexic…”

The truth, the emotive post continues, is that “there are more João Mouras than anyone can imagine” – all because greyhound racing is still allowed “due to economic and political interests connected to the lobby and in spite of denouncements” made by people who witness situations of cruelty and mistreatment.

Meantime, media focus on the recovery of the 18 frail creatures transported from their lives of misery last week reports that a number of the unnamed, unvaccinated, unchipped dogs have tick fever. Some have Leishmaniasis, almost all are anemic.

Bit by bit the animals are recovering. They are friendly and gentle, say the rescuers caring for them – and when the time is right, they will be prepared for adoption.

The post by Katefriends on Facebook claims to have been working in the rescue of greyhounds for 28 years, and never found one that actually likes racing.

Several animal associations and groups are involved in this situation which has seen calls for the wellbeing of all the other animals remaining in João Moura’s farm to be properly checked.

Moura, said to be financially-strapped with tax debts of around €500,000 (click here), has been made an official suspect in the case for animal mistreatment against him and runs the risk of a two-year jail sentence, bearing in mind one of the greyhounds died in transit to a shelter and this will have increased the possible condemnation.

Readers may recall that Moura gave one interview, to bullfighting blog O Farpas, on the night he was arrested, saying: “I did not kill anyone. I did not steal from anyone. I have not treated my animals badly. Some were thin, but I did not treat them badly” (click here).

Moura was ‘back home’ at this point, “tranquil and with a clear conscience”, he told O Farpas.