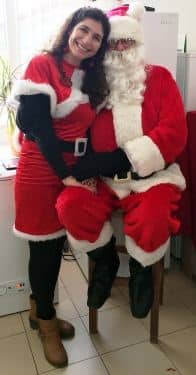 The President of Portugal’s National Audit Office, the body which ensures that tax payers’ money is wisely spent, has warned that the nation must begin saving more money to ensure the financial future of the next generation.

Addressing businessmen at the American Club in Lisbon last week, Guilherme d’Oliveira Martins, said that changes in the Code of Public Accounting had to be maintained and rigorously and transparently upheld for the public good.

The nation’s top accountant, who supervises Government and public spending and controls receipts and expenditure, said that the Tribunal de Contas had to ensure that the rule of competition and competitive tendering in public contracts was upheld.

He called it a “sacred and indispensible rule” that must be followed and warned there was no room for lobbying cartels.

“Since the new Code was made law, we have a better and more positive instrument, it’s not perfect, but it is an improvement,” he said, adding that it had taken 20 years to reform the system to make the nation’s accounts more open, transparent and equitable.

He said that the Tribunal de Contas was pursuing efficiency, economy and sensible spending – in other words value for money.

“Today we can say that for every Euro that passes through the TC, we ensure a return of around eight to nine Euros on taxpayers’ money,” said Guilherme d’Oliveira Martins.

If there was any criticism, it was that the calculation made was “conservative” within the process and not “perfect”, he admitted.

And he warned that the new Code of Public Accounting would be strictly enforced with stiff penalties for shirkers.

There had to be a common set of rules applicable to all, and although there had been some surprises, these could have nothing to do with accounts not being supplied and applied correctly. Rules had to be clear and laws had to be simple, so that they could be met.

There were also a number of other challenges which the TC was keenly aware of: the need for more savings which was indispensible so as to have more money to invest and ensure greater inter-generational equitability.

The second was that neither Parliament nor the Government could or should spend money recklessly. “We shouldn’t spend or borrow more money than we have or is prudent. It is such a simple maxim yet seems difficult to stick to,” he said.

Above all the President of the country’s leading accounts body warned that it was vital to prevent “the terrible evil that is corruption”.

“It is of paramount importance to ensure that there is adequate protection against conditions that could lead to corruption,” he said.

“We know very well that the bureaucratisation, opaqueness and complexity of laws and mechanisms and instruments that assist them can encourage this evil,” he said.

Last week, the first issue of the Review of Public Contracts, developed by Coimbra University’s Centre for Public Law and Regulations was presented in Lisbon in the presence of the chief accountant.