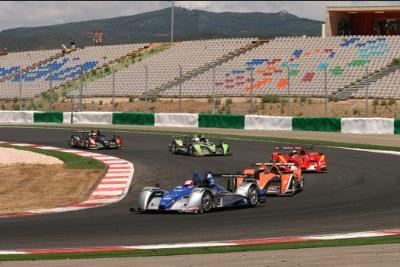 Algarve Motor Park in Portimão was host to a spectacular motoring event at the weekend, gathering racing stars and leading teams for four days of practising, qualification and racing.

The reason was the Le Mans Series – 1,000km do Algarve race, which brought all the excitement and spectacular entourage that goes with it to the Algarvean track.

Everywhere there was colour, engines, tyres, cars, trucks, all sorts of machinery and a very enthusiastic audience, so much so that the atmosphere was close to a Formula 1 event.

The design and facilities of the race track were truly put to the test and all the teams and drivers were unanimous about its high standards.

The drivers were thrilled, highlighting the demanding and challenging twists and turns and elevation changes of the race track, exactly what a good and confident racing driver wants.

Another highlight was the first Le Mans Series night race. It was fantastic to witness the spectacular performance of the 35 cars under the clear Algarve moonlight.

Although the main aspect at the weekend was, in fact, the race for the Le Mans Series Championship, the event included various other races: World Series by Renault, Supercopa Seat Leon, Formula Le Mans, Classic Endurance Racing, Superstars – Radical

European Masters. A busy time not only for the teams but also for journalists covering the event, the general public and race track staff!

The weekend saw skilled top drivers in a fabulous race track that is already in the hearts and minds (and hands!) of all those who love real motor sport. And, with or without cars on the track,