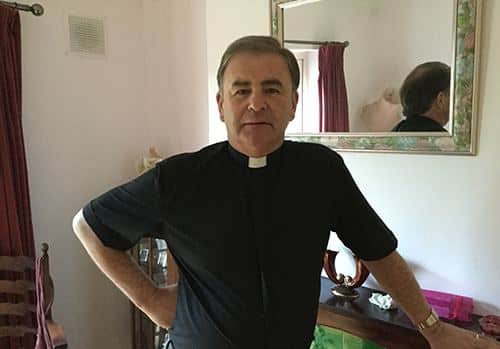 After nearly a year without a chaplain, Saint Vincent’s Church of England in the Algarve is finally welcoming Father Mark Wilson who acted as a locum in the region last year.

Father Wilson will officially be licensed on Tuesday, February 16 at 11am at St Luke’s Church in Monte da Palhagueira, Santa Bárbara de Nexe.

It will be part of an extended Eucharist that is hoped will be attended by the UK Consul and representatives of the Roman Catholic Church.

Said the new chaplain in a statement: “I am looking forward to renewing old acquaintances in the Algarve and making new friends. I would ask that all of you pray for me as I begin this new phase of my Christian pilgrimage.”

Wilson was born in 1956 in County Kilkenny in Ireland and became a Deacon in 1980.

He was ordained a priest a year later and served “in a variety of settings”, including spells with Her Majesty’s Forces both in Germany and Northern Ireland.

More recently he was the full-time chaplain to a large teaching hospital in Northern Ireland.