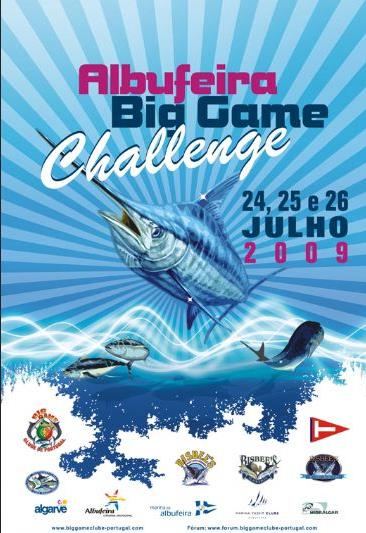 The fishing season comes to the Algarve next weekend with the first continental and second over all Portuguese national circuit event coming to Albufeira’s marina for that city’s ‘Big Game Challenge 2009’ from July 24 to 26.

A top field of international competitors, as well as teams comprising between three and six members, will be hunting for tuna and swordfish among other species under International Game Fishing Association (IGFA) rules.

The action then moves to Vila Real de Santo António’s recreational harbour for the Guadiana edition on August 8 and 9, before the Azores provide the next venue. This year’s overall champions will once again travel to HIBT-Hawaiian International Billfish Tournament, the 51st edition of which will be held on the island of Kona.