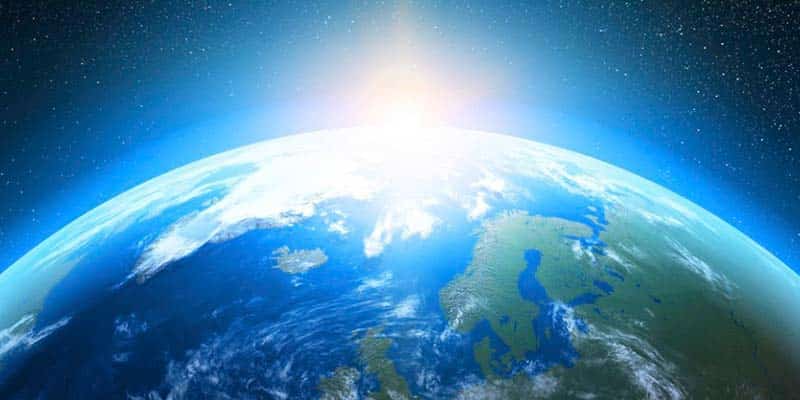 Q: When will the world come to an end?

According to a pamphlet that I was once given by a concerned friend, the end of the world has been precisely calculated by careful analysis of secret textual evidence in the Bible and will occur on September 29, 1977. Oh, wait …

The question of when the world will end may be more specifically religious than spiritual; but it is at least timely, as Christians will soon be observing the season of Advent (beginning this year on December 1), a time of preparation for the celebration of the Nativity of Christ at Christmas and of reflecting on the expected return of Christ at the end of the ages.

For Christians, both of these events should be anticipated with joy; but the contemplation of “last things” can be anxiety-making. People of many different religious traditions hold what is technically referred to as an “apocalyptic eschatological expectation” – that is, the belief (perhaps not unreasonable in the nuclear age) that humanity or the world will come to some sudden destruction.

The anxiety that accompanies such beliefs can itself be harmful: individually, as in the case of Christians (for example) who may find themselves suffering excessively from feelings of guilt and depression during Advent, or culturally, as in the case of the Jonestown cult or the 9/11 terrorists. Hence, the spiritually aware person will benefit from keeping apocalyptic ideas in perspective.

One way to maintain perspective, ironically enough, is to remember that all human beings die eventually. In this sense, the world is always coming to an end; just not necessarily all at once. The prospect of nuclear disaster or climate change should inspire those of us who are spiritually minded – well, and all of us! – to work constantly for justice and peace and for the responsible use of our natural resources.

The eventual extinction of humanity as a species is certain over geological time, and the destruction of the planet may be expected not later than about five to seven billion years from now, when the sun expires. The eventual “heat death” of the universe itself, in some hundreds of trillions of years, is predicted by the second law of thermodynamics. My apologies, dear reader, that I can’t offer more specific dates. Do what you can to experience and share the joy of life while you are here.