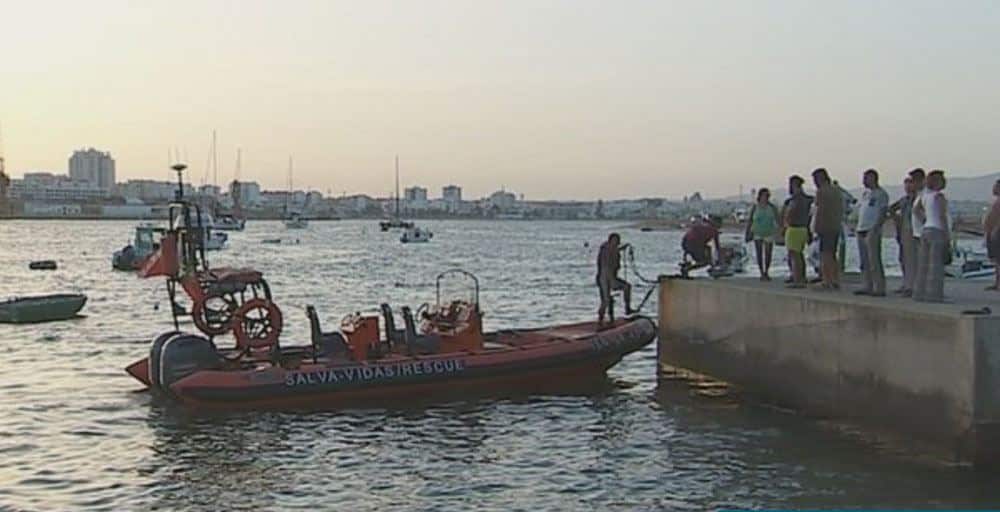 A boat incident last summer which left a 53-year-old swimmer dead looks like getting new airing as national tabloid Correio da Manhã reveals the contents of a report by accident investigators.

The paper says that the Gabinete de Investigação de Acidentes Marítimas (GAMA) has cited three factors that contributed to the tragedy.

The 12-seater Róisín Alvor was going too fast, it had only one crew member, and it did not sound its presence as it emerged from a grotto near Padre Vicente beach, Carvoeiro, on August 15 – one of the peak moments of the summer’s high season.

CM stresses that the boat was not obliged to have more than the helmsman onboard, but GAMA is now recommending that maritime authorities “evaluate the risk” of tourist boats having only one crewmember during the summer as this could imply that “visual and auditory vigilance” are overlooked.

The paper’s report describes how the Róisín Alvor was full when it rammed the female swimmer (a woman from Belarus) and that these passengers witnessed the tragedy.

Among them was Irish holidaymaker Stephen Boland with his father, brother and two young sons.

Mr Boland was so upset about what happened that he got in touch with English-speaking newspapers in the hope of warning other holidaymakers about the potential dangers posed by tourist boats.

He told us late last year that his children were still “undertaking counselling to deal with what they witnessed at a cost of €200 a week”.

“I find myself wondering what happened to the poor woman’s husband who swam out to retrieve his wife and swam her back to shore,” he said.

Says CM, GAMA’s report claims that Róisín Alvor’s “speed was superior to what was strictly necessary for the governing of the boat” and that it increased once the boat left the grotto.

When it hit the swimmer, it was going at 12-knots (22 km/hour) and it “was not yet following the perpendicular line of the coast, as required by the rules”.

GAMA continued with the observation that the boat approached the victim “with the sun dazzling and the front lifted”, which made it “extremely difficult to see swimmers” that may have been in the water.

Investigators referred to an ‘edital’ (edict) issued by maritime authorities specifically about the need for “signals to call attention” so that accidents could be prevented. They stressed nonetheless that as this was an “unsupervised beach” (i.e. one without any kind of concession), boats were not bound by the 300-metre rule that would otherwise have seen Róisín Alvor further out to sea.

The Resident has since talked to one of the pleasure boat’s operators who is clearly still devastated by the tragedy. He told us he wants to “just forget and move on.

“Let the courts do their work. This was very bad luck. The woman was honestly in a place you almost never see swimmers. The glare off the sea was such that no-one could have spotted a head. It was just awful luck”.

“Speed is not the issue here. It was all just really bad luck”, he repeated.