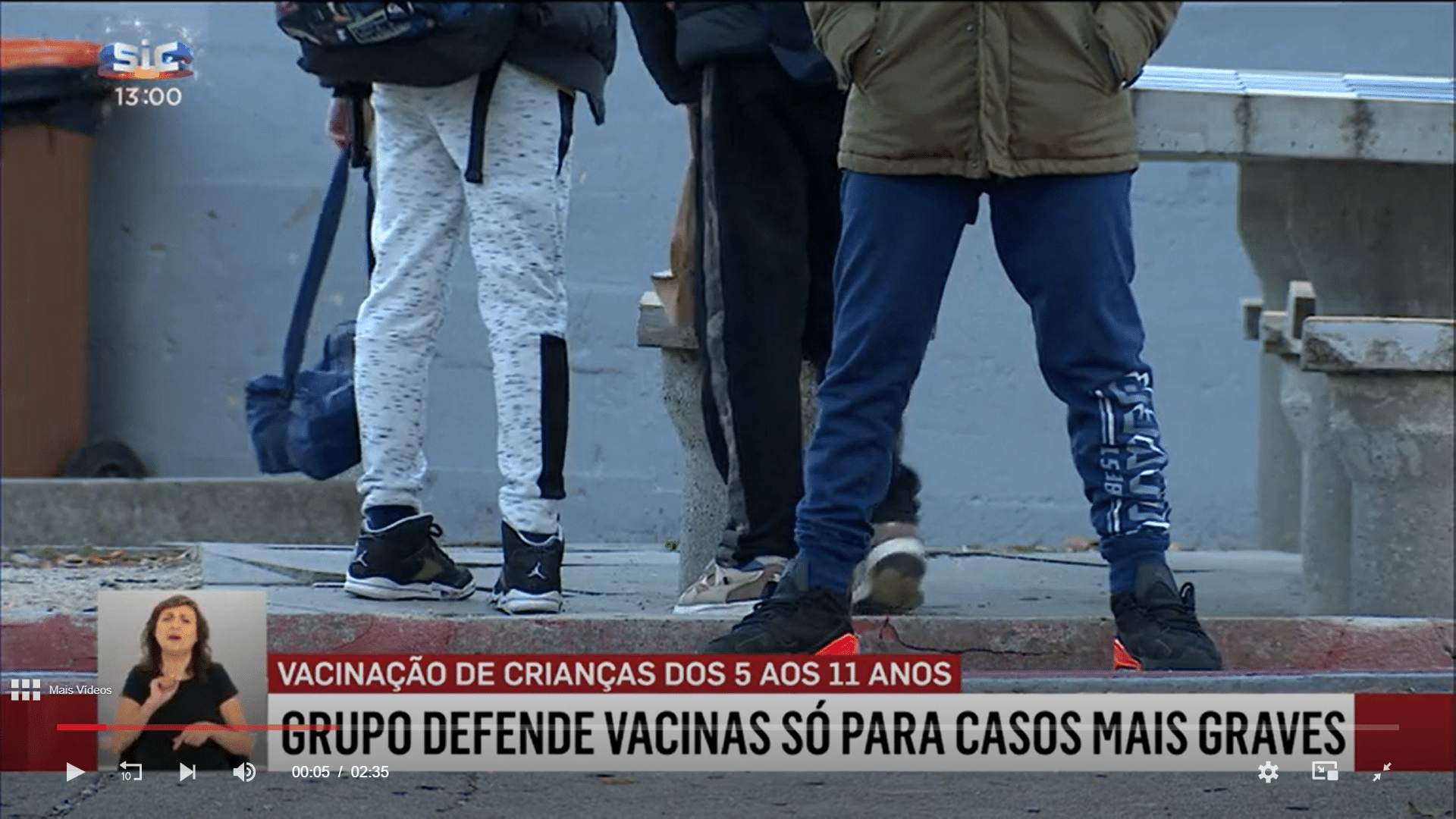 … but everything points to this advice likely to be ignored.

This is the gist of information broadcast by SIC television news this afternoon:

“A series of experts who advise the DGS are against the generalised vaccination of children aged between 5-11 years. The vaccine is safe, but for these specialists it should only be administered in situations of risk.

“Even so, this advice is likely to be ignored and the vaccination of children will advance during the Christmas holidays”.

The advice came from a group that involved pediatricians, cardiologists, nurses and other representatives of the health sector, says SIC.

It is due to be formally presented on Thursday next week.

DGS health director Graça Freitas has already shown herself to be in favour of vaccinating the younger generations, as have politicians and the President of the Republic.

President Marcelo – currently on a two-day visit to Angola  – said the approval of the vaccine by EMA (Europe’s medicines agency) last week was “very good news”.

Graça Freitas has also intimated that the DGS will be “reviewing rules that have obliged children to isolate who have had contact with infected colleagues”.

This has led parents (and indeed children) to fear they will be discriminated against if they do not take up the vaccine (ie non-vaccinated children are likely to be made to isolate if there is a positive case of virus infection in their class, while vaccinated pupils are unlikely to have to do this).

Expresso leader writer Henrique Raposo has already pointed out the fallacy in this premise in a column that could influence parents unconvinced by the authorities (click here).

Underlining the points he made, reports on the new variant have also stressed that people discovered positive for it are people who have been fully-vaccinated.

Friction between science and politics is becoming ever more apparent as soundbites reach mainstream media over the dependence of regulatory bodies – like EMA and its US equivalent the FDA (Food and Drug Agency) – on funding from the pharmaceutical industry.

Says the blurb: “Pharma-funded mainstream media has convinced millions of Americans that Dr. Anthony Fauci is a hero. He is anything but…

“The Real Anthony Fauci details how Fauci, (Bill) Gates, and their cohorts use their control of media outlets, scientific journals, key government and quasi-governmental agencies, global intelligence agencies, and influential scientists and physicians to flood the public with fearful propaganda about COVID-19 virulence and pathogenesis, and to muzzle debate and ruthlessly censor dissent”.

In the UK today, LBC weekend presenter Maajid Nawaz also took time to discuss the “wave of excess deaths” in England and Wales that cannot be explained by Covid.

As Europe’s politicians move closer and closer to declaring ‘vaccine mandates’, alternative points of view are suddenly getting more and more attention.