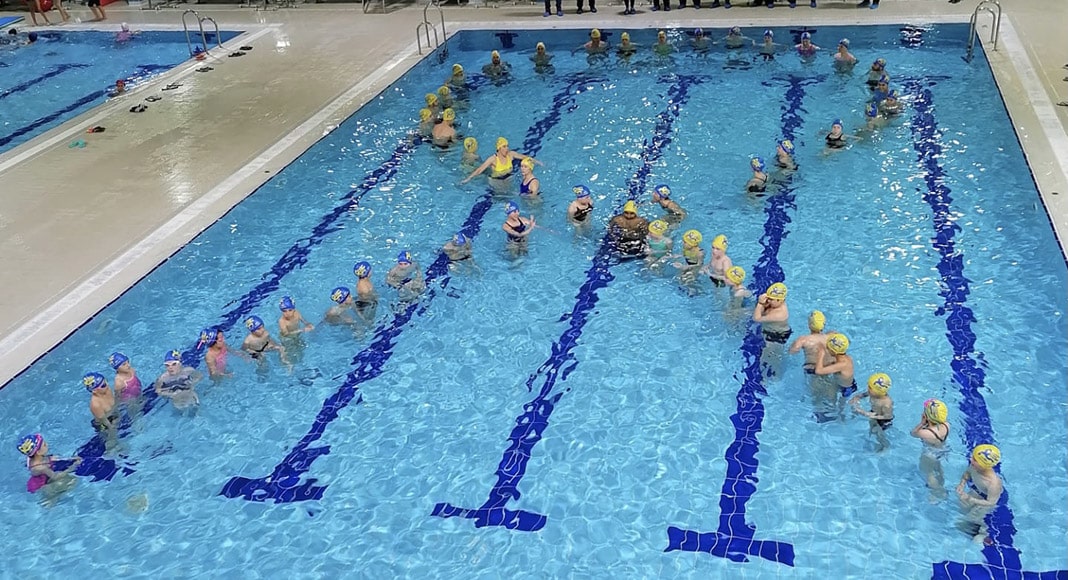 An event to celebrate World Down Syndrome Day (March 21) was held at Albufeira’s municipal swimming pool by the team behind the Special21 project, which aims to make Down syndrome swimmers eligible to participate in the Paralympic Games.

The symbolic event saw dozens of swimmers forming a ribbon – the symbol of World Down Syndrome Day – inside the pool. It was attended by several of the project’s supporters as well as Albufeira Mayor, José Carlos Rolo.

“The date for WDSD being the 21st day of the third month, was selected to signify the uniqueness of the triplication (trisomy) of the 21st chromosome which causes Down syndrome,” said Special21 co-founder Cyril Griffith addressing the crowd.

“When you tell someone that DS swimmers cannot compete in the Paralympic Games, the response is always one of being surprised followed by the question ‘why?’,” he said.

“Special21’s prime objective is to get the IPC to allow DS swimmers to compete in future Paralympic Games. This is not just a Portuguese issue but a global one,” Griffith added.

Special21’s goal became even more important last year when the International Paralympic Committee (IPC) started a three-year review of its 2015 IPC Athlete Classification Code – which could effectively open the Paralympic door for Down syndrome swimmers.

You can learn more about the project and what you can do to help by visiting www.special21.org