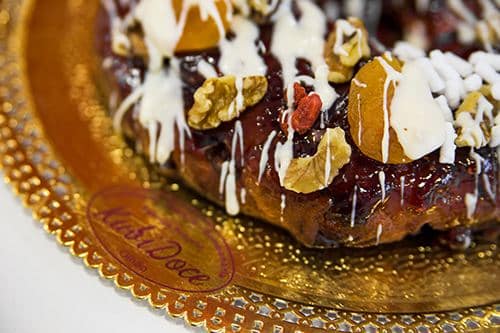 Sir Cliff Richard will be the headlining act at an exclusive charity concert on July 23 at the Ria Park Hotel in Vale do Lobo.

The concert is described by organiser Gaynor Morgan as being akin to “An audience with” type of evening with numbers limited to only 30 tables which are already being bought up by fans of Sir Cliff eager to be part of this special evening.

Money raised from the event will be donated to ACCA Kids, the Algarve-based children’s charity, and to Madrugada, a charity which helps people with life limiting illnesses, of which Sir Cliff Richard is a patron.

Gaynor Morgan told the Algarve Resident: “Sir Cliff is a friend of my father (former footballing star Willie Morgan) and we spoke about putting on a charity event about four years ago but nothing had come of it. Then at the start of the year Sir Cliff gave me a call to say he had a date free in July and the show was on!”

Gaynor is now working to create a list of celebrities who will be joining or taking part in the event, including singer Tony Christie of Amarillo fame and the tenor Jon Christos who has sung with Luciano Pavarotti.

“Despite not even starting with the marketing of the event I have already had a lot of interest as Sir Cliff Richard is such a huge name in the industry with legions of fans who are very keen to be able to enjoy such an intimate concert,” said Gaynor Morgan.

She added: “This really is a very special one-off event so we are hoping that we will be able to raise as much money as possible for these two very worthy Algarve charities, but people need to book their tickets quickly as we are expecting a very high demand.”

Tickets for the show start at €125 with a VIP table for 10 people costing €2,500 and including priority front row seating, a goody bag and access to the VIP buffet and drinks area.

For further information or to book a table please call 917 227 223 or email gaynormorgan@mac.com