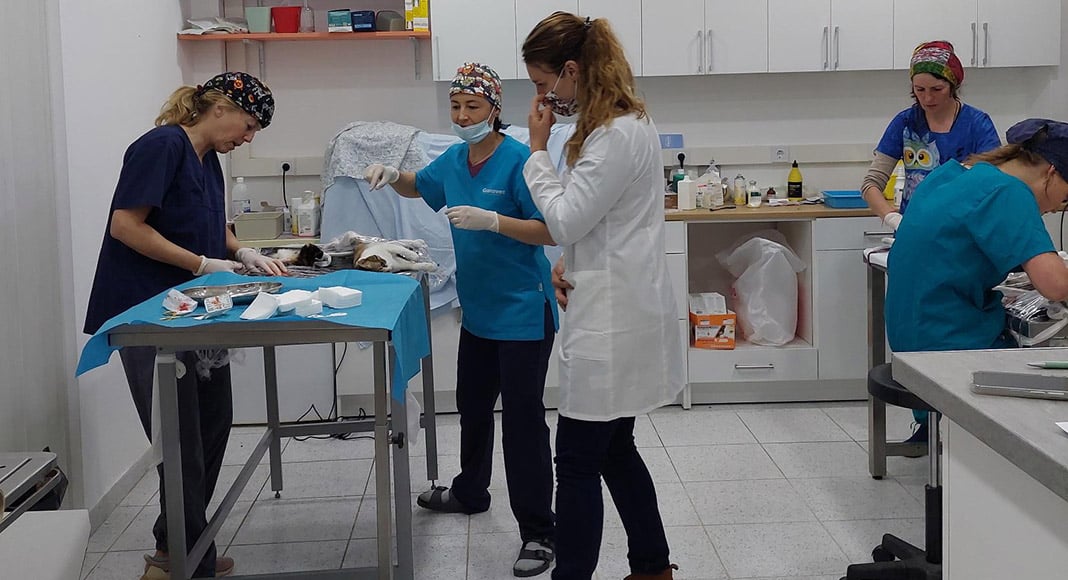 A major sterilisation campaign for cats (and some dogs too!) in Loulé and Albufeira ended on Thursday, April 14, with over 300 animals sterilised by a team of vets from Russia, Norway, the Netherlands and Spain.

“Heartfelt thanks go to SPCA International New York for their $5,000 grant, to an organisation in the UK for another €5,000 grant, and to a private anonymous donor who, after reading the Portugal Resident, also donated €5,000 towards our Spayathon,” said a delighted Ginie de Weerd, president of SOS Sterilise Our Strays, organisers of the Spayathon. 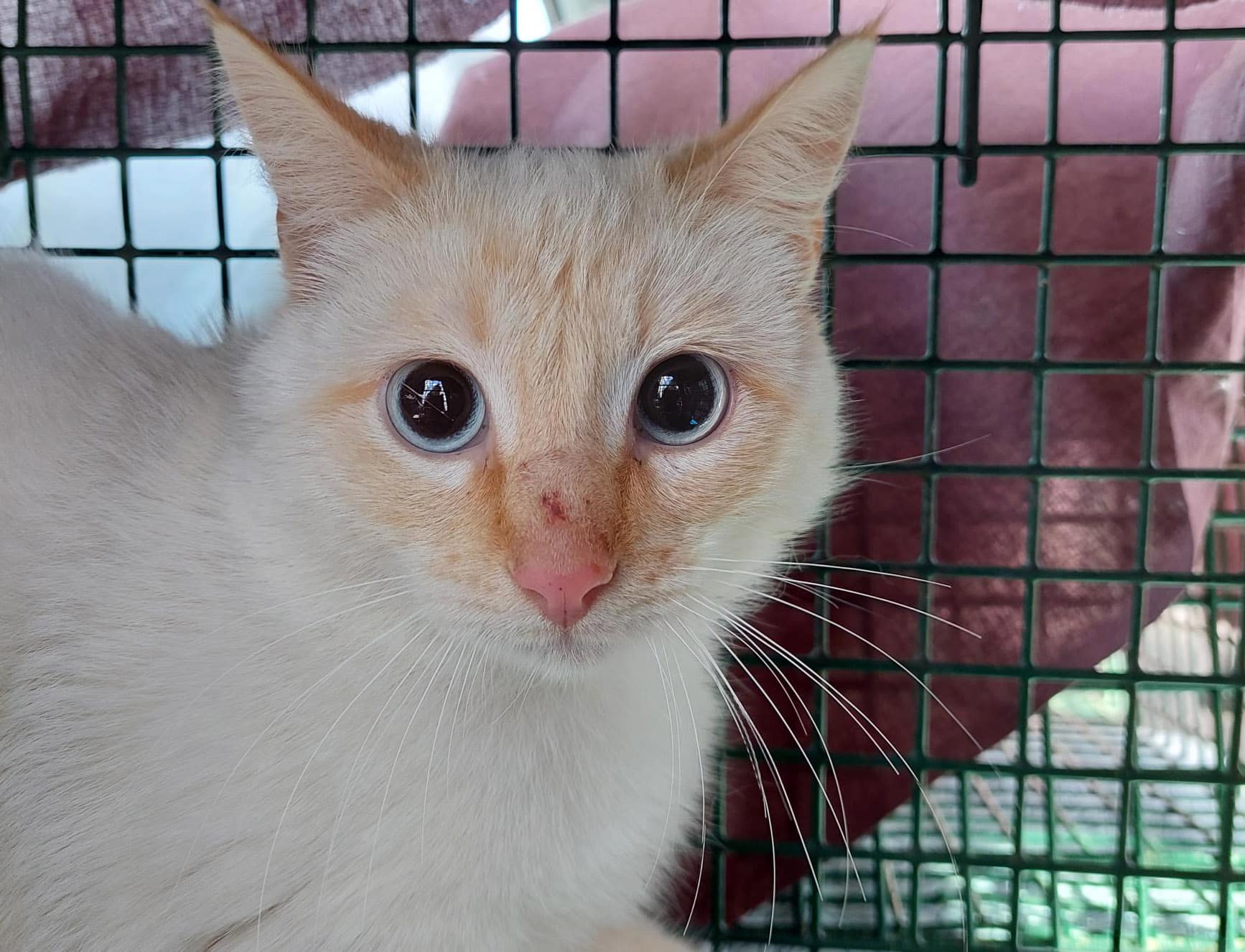 In total, 293 cats were sterilised; of these, 82 were pregnant and carried 385 kittens; 278 cats were colony/street cats, now taken out of the reproduction cycle.

A number of cats arrived with wounds and other serious conditions, and one even had to be euthanised. “Life on the street for cats is hard. Diseases and cat flu are prevalent; it is extremely hard to provide these animals with the medical care they often need,” said Ginie.

A total of 65 cats from AGA, Albufeira street cat charity, were also sterilised. 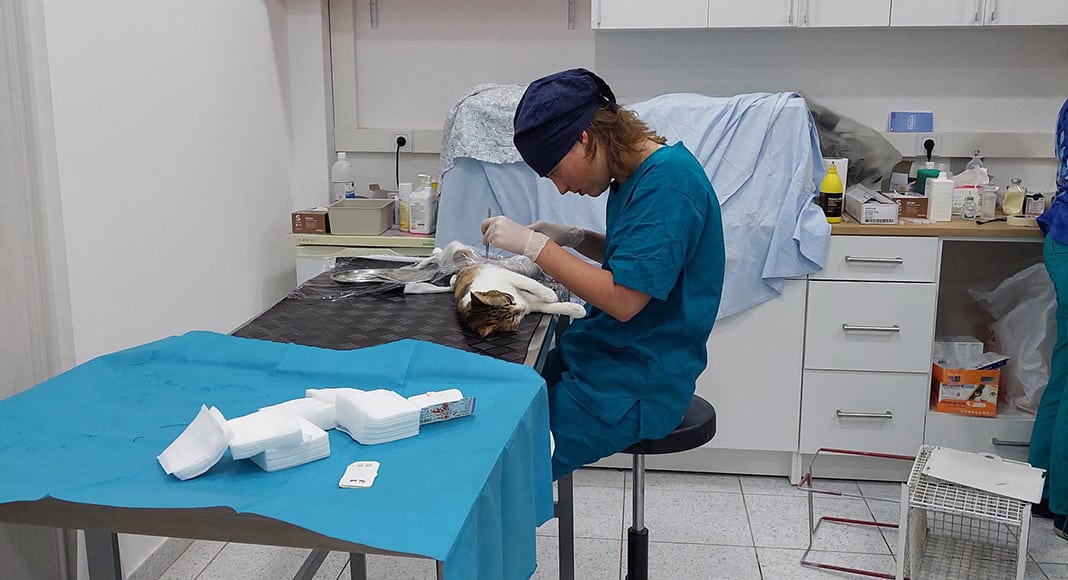 Additionally to the Spayathon, SOS Sterilise Our Strays allocated emergency funds to sterilise pregnant cats among four vet clinics in the Algarve. Over five days, another 72 pregnant cats were sterilised, preventing the birth of another 249 kittens. “So, in total, in March and April, we sterilised 154 pregnant female cats and prevented 634 kittens being born into a world where they were not wanted,” said Ginie.

During the Spayathon, five female cats in one colony of 35 cats gave birth. SOS is now helping to rehome 17 kittens. 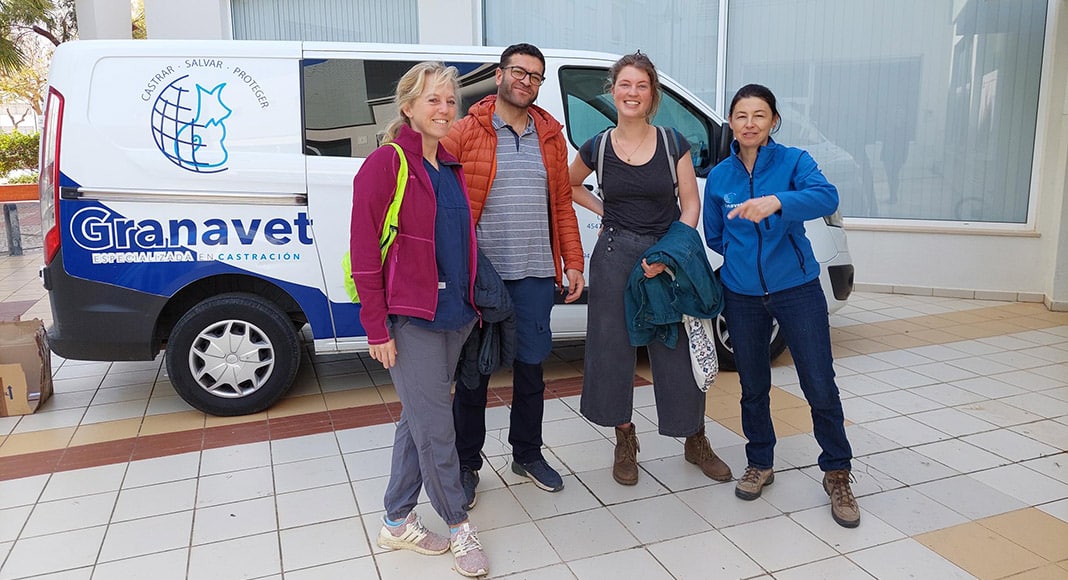 SOS also contacted local associations and shelters and offered help with the sterilisation of dogs. Algarve Animal Rescue (ARA) in Loulé brought in seven dogs and five cats; two dogs currently available for rehoming from Centro Bem Estar Animal in Albufeira were also sterilised; six dogs from The Tiny Shelter in Albufeira and a few others brought in by their owners. In total, 21 dogs were sterilised.

“A whopping 314 animals were taken out of the reproduction cycle. We spent well over €15,000 to help these animals to a healthier and better life,” she said.

One of the vets SOS has worked with since 2014 is Dr. Anna Essipova based in Granada, Spain. She is specialised in sterilisations and castrations, and trains vets from all over the world. She currently has three sterilisation-only clinics for cats and dogs. They sterilise, on average, 150 animals per week. “I can only dream of these numbers for Portugal…” concluded Ginie de Weerd.