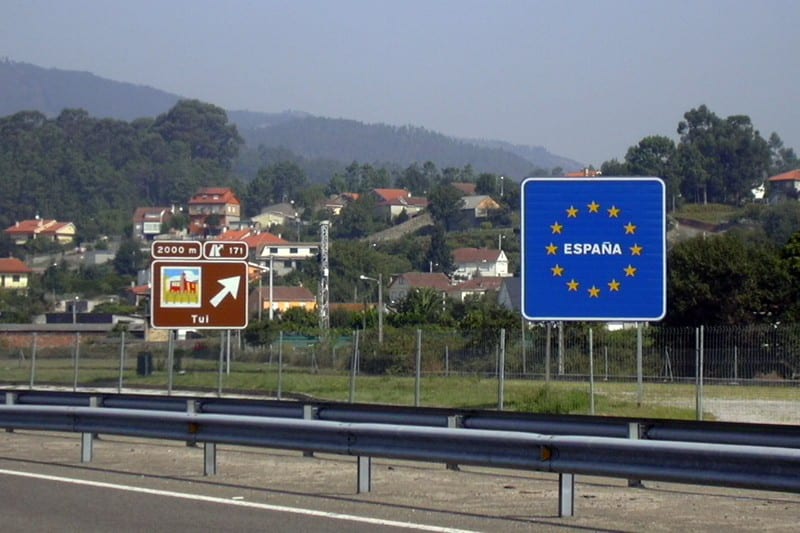 In what is becoming an increasingly manic Monday, the vice-president of the Spanish council area of Galicia has told journalists that his area will not be accepting the entry of Portuguese (unless for absolutely essential purposes) until June 9.

The news comes two days after borders between Portuguese and Spain were declared ‘reopened’.

It is just another example of conflicting information that is confusing citizens everywhere.

Over the weekend MAI, the ministry of internal administration, said vehicles arriving on Portuguese territory from Spain would still be subject to police checks. At the same time, a police source at the border in Castro Marim told reporters 120 vehicles were passing his post every minute – and that there were no longer any official checks of arrivals taking place …

The influx of Spanish was described on Sunday as ‘families coming to Vila Real de Santo António for lunch’ – even though, according to MAI, people from Spain should only be allowed into Portugal ‘for essential reasons’.

Another non-sequitur was that VRSA is currently on ‘warning’ from the government due to an incidence level of cases of Covid-19 that at last exceeded the red-line of 120 per 100,000 inhabitants (click here).

In other words, reality is veering wildly from what authorities tell us should be happening.

And now we have Spanish Galicia saying effectively  ‘no, the borders here aren’t open…’

Again, local media points out that what is being said and what is in fact happening are different things.

While Galician vice-president Alfonso Rueda tells O Minho today that “entries and exits” from his region should only be taking place “with justified reasons”, the online reports “tourists are freely passing the frontiers to go shopping and for the purposes of leisure”.

Mr Rueda has been in touch with Spain’s interior ministry, explaining that ‘even with the lifting of restrictions at the frontier, his community “remains locked down…”

He has asked for the collaboration of the local and national police, says O Minho, “to ensure rules in place are adhered to”.

He told the online:  “if we want to be consistent, measures should be maintained and respected”.

The media channel has asked the Portuguese interior ministry to shed some light on what is happening, but at time of writing its text today ‘had not received an answer’.

This is just another of a long line of gaffs that stop at the desk of minister for interior administration Eduardo Cabrita (click here) – a man who even President Marcelo has twice hinted should be dismissed (click here).