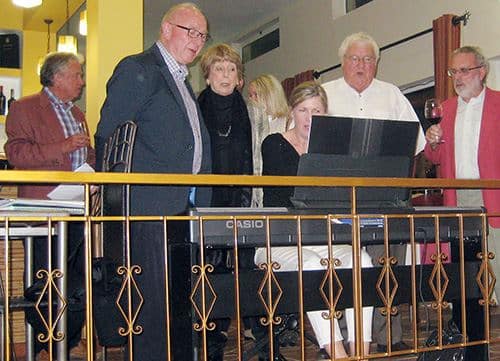 Nuno Aires, president of the Algarve tourism board (ERTA), has announced that the second edition of Algarve Spa Week, to be held between March 5 and 12, will be part of the wider Allgarve programme of events during 2011.

The success of the first edition, held in October 2010, is hailed as the reason behind placing the initiative on the events list for 2011, which will help in the promotion of the event across the Algarve and abroad.

Mário Candeias, the director of the Tivoli Victoria and spokesman for the initiative, said: “It was with enormous satisfaction that after the success of the first Algarve Spa Week we were able to extend the initiative to two editions each year.

“This is an initiative that has helped to highlight the quality of spas in the Algarve with a growing number of people now taking advantage of the accessible prices to services offered during the Algarve Spa Week.”

He added: They will contribute to promote the Algarve as a destination of health and wellbeing, diversifying the region from being associated only with sun, sea and golf.”

Nuno Aires said: “It makes sense that the Algarve Spa Week initiative joins the Allgarve 2011 line up, streamlining the event in the Algarve and allowing it to benefit from the power of the Allgarve communication means.”

Spa users taking part in Algarve Spa Week will be offered 50% reductions on all spa treatments offered during the week as well as specially priced accommodation offers at participating venues across the region.

Meanwhile, the third edition of Algarve Spa Week has already been confirmed as taking place between October 1 and 8.

For further information about Algarve Spa Week and all the hotels and spas taking part, please visit www.algarvespaweek.com