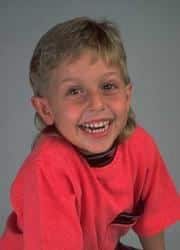 READER DES Taylor contacted The Resident recently to tell us about the SOS Children’s Villages in Portugal, an operation that needs greater support.

“Very few expatriates support SOS Children’s Villages and this is probably because they are not aware of them. However, this is a very needy operation”, he said.

In view of the misery of countless war orphans and homeless children after the Second World War, young Austrian medical student, Hermann Gmeiner, initiated the construction of the world’s first SOS Children’s Village in the small Tyrolean town of Imst in 1949. He firmly believed that what the abandoned child needs first and foremost is a family, in which he or she can develop normally. Now, a little over half a century later, there are 1,715 facilities and programmes in 132 countries and territories. SOS Children’s Villages revolve around the idea of giving children, who have lost their parents or who are no longer able to live with them, a permanent home and stable environment. Without a family network, a child is often deprived of what other children may take for granted, such as access to health care, education, food, shelter, loving care and the right to a childhood.

Each child is given a so-called SOS mother. She is the person who cares for this child and is a substitute for the child’s natural parents. She lives in a house with a group of children she looks after. Together with them, she organises the family’s daily life. She creates strong and dependable relationships and gives the children a safe and loving home.

The job of an SOS Children’s Village mother is usually carried out by single women over 27 years of age, without family commitments, who has to complete an extensive training programme. They are supported in their highly responsible task by educational co-workers as well as by other women who are also training to be SOS Children’s Village mothers.

A feeling of belonging

Every family has a house of its own. Each house has a combined living/dining room as the centre of social life. The familiar atmosphere of a home of their own encourages bonding within the families and is another important piece in the mosaic. SOS Children’s Villages give the children a feeling of belonging and shelter.

Special emphasis is placed on giving the children a thorough preparation for life on their own afterwards. This is so the children can be integrated into their local community and job opportunities are open to them.

Facilities that follow the SOS Children’s Village in the chain of care and support are, therefore, of utmost importance. Youth facilities, vocational training centres and schools belong to this group of secondary facilities and can also be used by the general public.

Maria do Céu Mendes Correia had already founded an association for the care of orphaned and abandoned children in Portugal in the early 1960s. She heard about the existence of SOS Children’s Villages in a newspaper article and founded the “Associação das Aldeias de Crianças SOS de Portugal” in 1963. Hermann Gmeiner invited her, together with fellow children’s care supporter, Palmira Cabritas Matias, to take part in the General Assembly of SOS-Kinderdorf International in Hinterbrühl, near Vienna, in November of the same year.

The association was founded very quickly because the need for suitable facilities for orphaned and abandoned children in Portugal was great at that time. Until then, these children had been accommodated in homes where they were split up according to age and gender and totally cutoff from the outside world.

The cornerstone was laid for the first SOS Children’s Village in Portugal in Bicesse, near Estoril (about 25 kilometres from Lisbon), in December 1966.

At present, there are three SOS Children’s Villages in Portugal (Bicesse, Gulpilhares and Guarda), three SOS youth facilities and one SOS social centre. The children attend local schools and churches and lead the full life of normal children within a happy and secure family unit.

“When my wife and I found out about this organisation, we were welcomed and visited a village where we were able to see for ourselves the happiness of the children,” Des told The Resident. “We were also able to ask the administrator where the money came from. He answered that it came from the government, through social security, which gives an allowance per child. Well, we know in the Algarve how much this allowance falls short in providing many of the things children need. We know how grateful the various local children’s homes are for the extra help provided by so many expatriate organisations, but the cost of maintaining a child in a family home is obviously much greater than in an orphanage.” He continued: “While in Europe the problem of war orphans has thankfully diminished, the problem still remains elsewhere. In Portugal, however, there are still lots of children who do not have a normal family life and are funneled to the SOS Villages by social services, family courts, adoption societies and so on.”

The SOS Children’s Villages in Portugal receive help from other sources including charitable foundations, but much more support is needed to maintain this important operation.

If you would like to help support the SOS Children’s Villages in Portugal and are able to spare a donation this Christmas, it could make for a happier start to 2006 for a lot of needy children.

You can send cheques to: Associação das Aldeias de Crianças S.O.S at Rua José Dias Coelho, 40 r/c dto 1300-329 Lisboa (Tel: 213 616 950, e-mail portugal@aldeias-sos.org) or you can make a donation online at www.aldeias-sos.org or on the international site www.sos-childrensvillages.org. Donations can also be made at The Bookshop Tel: 282 697 296 and Des will personally forward these on to the charity.

Alternatively, if you are reading this and are part of a fundraising group or church committee that is looking for a worthwhile cause to focus on next year, contact Des on Tel: 282 697 296 or e-mail DesTaylor@sapo.pt.

Since 1995, Fifa has promoted and financially supported the humanitarian work of SOS Children’s Villages. This campaign will run until the final whistle of the final match of the World Cup in Germany, with the objective of collecting donations for the construction of six new SOS Children’s Villages, one each in Brazil, Mexico, Nigeria, South Africa, Ukraine and Vietnam.

Football legend, Franz Beckenbauer, president of the organising committee of the 2006 World Cup, which will be staged in Germany from June 9 to July 9, is an avid supporter of SOS Children’s Villages and, speaking about the campaign, he said: “There is nothing more beautiful than giving a child a home.”

Donations made to the 6 Villages for 2006 campaign will serve to provide hundreds of deprived children with a family based care solution. Funds collected will be specifically used for the construction and maintenance of these six new children’s villages, as well as for the setting up of social centres and educational facilities, which will benefit the wider communities.